BA in Anthropology and MA in Criminology from Florida State University, Ph.D. in Sociology from the University of Georgia 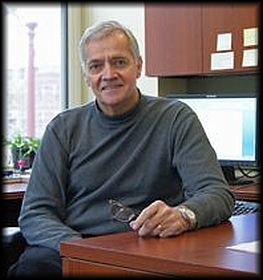 Willard Timothy Austin (Tim) was awarded a Peace Research Grant from the IPRA Foundation entitled "Peacekeeping Models in a Terror-Prone Land: The Case of Northwestern Mindinao in the Southern Philippines", in 2012.  Tim joined the Board of Directors of the IPRA Foundation in 2016 and soon became a member of the Peace Research Grants Committee, where his expertise was greatly appreciated.  He then became a member of the IPRA Foundation Executive Committee as well, serving in that capacity until his resignation from the Board of Directors shortly before his passing on September 18, 2020.  He was a thoughtful and dedicated grant proposal reviewer who went over and above in his willingness to review.  His high standards, wisdom and kindness, along with his gentle sense of humor, graced the often challenging deliberations of the Executive Committee.  The IPRA Foundation owes Tim a deep debt of gratitude for his good humored and selfless service over many years.

Beginning in the 1980s with two Senior Fulbright Research Awards, Dr. Austin conducted over a dozen research ventures to Southeast Asia. Field research has explored informal dispute resolution in Philippine villages and crime prevention strategies in Singapore, as well as social control on the Crow Indian reservation. Research has also been funded by two NSF awards and two awards from the U.S. Institute of Peace. Several books include Banana Justice: Field Notes on Philippine Crime and Custom (1999), Praeger; and Criminological Thought: Pioneers Past and Present (with Robert Mutchnick and Randy Martin), 2009, Prentice-Hall. Over 20 journal articles appear in such outlets as Criminology, Human Organization, Social Forces, Deviant Behavior, Criminal Justice and Behavior, Practicing Anthropology, the Journal of Folklore Research, and the International Journal of Offender Therapy and Comparative Criminology. Tim Austin served as president of the Pennsylvania Association of Criminal Justice Educators, 1988–89.

Born January 7, 1942, in Lakeland, Florida, he was a son of the late Willard and Eva (Bolen) Austin.

He served in the Army as an SP4 with the Military police, serving during the Vietnam era.

Timothy received his BS and MA from Florida State University and his PhD from the University of Georgia. Prior to his career in academia, Tim worked briefly for the FBI.

He was a scholar, with a passion for writing and research. Tim became a mentor to many undergraduate and graduate students. He was a board member of the International Peace Research Association Foundation. He published several books and numerous journal publications. At IUP, Tim chaired 22 Doctoral Dissertations in the Criminology Department. He received several prestigious awards and grants including 3 Fulbright Scholarships and a National Science Foundation Grant. He is a Professor Emeritus in the Department of Criminology and Criminal Justice at IUP.

He enjoyed traveling, in particular international travel. From a young age, he remained a lifelong Ham Radio operator. 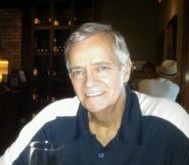