Peacekeeping Models in a Terror-Prone Land: The Case of Northwestern Mindanao in the Southern Philippines 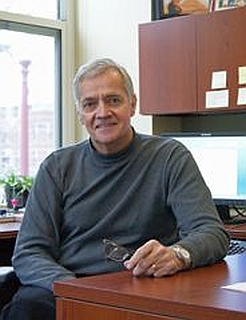 Mindanao is the largest island in the southern Philippines and suffers to this day a long history of turmoil.  Since WW II, the region has endured high-levels of interpersonal conflict and even low-intensive warfare involving mixed Muslim-Christian populations (Montalvan II, 2011, Neumann, 2010, Tan, 2011).  Building upon earlier field research to the area, this project will synthesize how villagers adjust to life in such a conflict-prone but sometimes forgotten region of the world.  By conducting ethnographical research during the summer of 2013, this project will identify different levels of conflict experienced by villagers, develop case-studies describing the nature of their interpersonal and community disagreements, and examine how local citizens have adapted in recent years to difficult routines of daily life. Findings will provide models of adaptation to life in a terror-prone region that will advance our understanding of such conflict ridden areas and help to fill a research void.

This small but critically important grant will result in final products of several article publications in professional journals and presentations at national conferences that will display how local citizens adapt, both pro and con, to life in a terror-prone region of the world.  Such adaptive models will be indispensable in future policy making. This project is realistic and doable because alliances have been built by the researcher with Mindanao State University in the area targeted for research and local citizenry have been most cooperative.  A sum of $3,000, augmented with personal funds, will allow the smooth completion of the project during the summer of 2013.

This project allows response to three categories of research questions.

1.  How is life in the conflict-ridden land of the research setting described in terms of interpersonal conflict?  Specifically, what are various styles of crimes and illegal behaviors that

tend to arise in such a volatile locale as perceived by local citizens?  For instance, what is the nature of street crime, kidnapping, and land-squatting, and how are such social problems inflamed because of the civil unrest in the research setting?

2.  How are interpersonal problems and conflicts in the terror-prone land of the research setting depicted by local voices through case-studies?  Focus is here placed on acquiring deep narratives of citizen life in the province.  What is it like to live in a terror-prone area?

3.  How have local citizens found ways to cope with life in this longtime terror-prone region?  What styles or models of adaptation have emerged in this troubled region?   Special attention will be given to diverse ways that local citizens learn to rationalize their numerous behavior patterns in light of the intermittent terroristic activity common to the region.

The major portion of the field work for this study will take place in the province of Lanao del Norte situated on the northwest coast of the island of Mindanao in the southern Philippines.  Iligan City, a seaport and the only urban area of the province, is surrounded by numerous small towns and villages.  The city teems with activity with farmers arriving daily to sell their wares in the many open markets.  Merchant and passenger ships dock at odd hours of the day and night.

The population reflects a mix of about 35% Muslim and about 62% Christian (Catholic) citizens.  The two groups are mostly peaceful but with intermittent periods of harsh conflict creating a mood of unease for locals and outsiders (See, for example, Santos, 2010).  The region represents a struggling economy with an annual per capita income equivalent to about 1,000 U.S. dollars for villagers outside the city (Quickstat, 2005).  A local university (Mindanao State University) provides a base for the principal investigator. Several villages within easy access from the university, and with mixed Christian-Muslim population, will be targeted for research.

The research design follows a traditional ethnographic approach that combines daily observations of small-town life with semi-structured and open-ended interviews with locals.  Interviews will be conducted with educators, lawyers, retired government workers, physicians, merchants, students, and local farmers.  A few respondents may represent persons with whom the investigator has developed rapport on previous visits to the area.   Iligan Institute of Technology, a branch campus of Mindanao State University, where the researcher has developed an affiliation, has always been extremely cordial in providing assistance (Austin, 1999).

It is estimated that a minimum of 30 in-depth interviews will be conducted.  With the initial assistance of educators at the local university, the investigator will follow a snow-ball or network sampling procedure (Berg, 1989).  Beginning with one individual or small group of locals (known to the researcher or provided by the local university), interviewees will be asked to suggest another, or others, who might be knowledgeable and willing to take part in the research.  It is common in the research setting to discuss local customs in informal, small groups so that a comment of one villager might jog another’s memory or stimulate another to respond to a general idea presented by the researcher.  In such cases, the field work incorporates a style common to focus groups (see, for example, Morgan, 1993).  The research will combine individual interviews with about six focus groups.  Interviews will extend from a minimum of one hour to many hours into the evening and sometimes discussions will be held on multiple occasions with particularly informative respondents.  This style of data collection will be carried out until a point of redundancy is reached whereby little or no new information is forthcoming.  Thus, the number of total interview participants is a close approximation.  The field work will be conducted over a five-week period in the summer of 2013.

A second data collection source pertains to local archives that are easily accessed only at the Philippine research site.  This includes local government documents (police and provincial records in the public domain) as well as local newspapers (sometimes published weekly) which carry reports and other community commentary and minutiae.   A few very local newspapers represent  neighborhood based “gossip sheets”  that can nonetheless be quite  relevant to the research questions in generating discussions with interviewees—particularly regarding behind-the-scenes  frustrations of everyday life in the village or town.

Finally, direct observation will round out the data collection and form an integral element of the field research.  Comprehensive field notes will be diligently maintained on a strict daily basis.   Institutional Review Board requirements will always be carefully observed.

Following ethnographic strategies, this study will incorporate heavy descriptive accounts as set forth by interview respondents.  The discussions with locals, combined with archival and observational data, will result in numerous case-studies of routine, daily life in the research setting. In addition to the detailed case-studies, the descriptive data sets will be subjected to rigorous textual analysis for thematic content.  Key words and phrases will be flagged and sorted in regards to how they reflect linkages to the research questions.  The themes will be categorized and organized into tables, charts, or graphs to reflect how local citizens perceive of terrorism in the area and adapt to such conflict in diverse ways (See, for instance, Lofland, Snow, Anderson, and Lofland, 2006).  New conceptual models developed will form the basis for sharper understanding of the region and set the stage for even more refined research.

Because this project builds upon an established network of researchers and other professionals in the targeted research setting who, as needed, will assist the visiting researcher, no difficulty is anticipated in carrying out the proposed activity.  Mindanao State University (of which Iligan Institute of Technology is a branch campus at the research site) has welcomed the researcher in previous years. In the 1990s an “exchange relationship” was agreed upon and signed by presidents of Mindanao State University and Indiana University of Pennsylvania (the researcher’s home university).  Also, the principal investigator is familiar with the local Philippine culture.  The research questions, although challenging, are straightforward and can be answered with the methods and analysis appropriate to ethnographic field work.  Any fundamental research needs such as workspace, library, or computer connections can be made available through the local university

Investigator’s Ability to Complete the Project

The Principal Investigator has successfully conducted ethnographic research in the Philippines, in Singapore, on an American Indian Reservation, and in several organizational field settings (prisons, courts).  Previous field work has consistently resulted in publication in professional journals and/or book publication.  Earlier field work has resulted in six federally funded awards (i.e., 2 Fulbright grants; 2 NSF grants, and 2 grants from the U.S. Institute of Peace).  The researcher’s educational background combines degrees in Anthropology, Criminology, and Sociology which allow for a most resourceful study of cross-cultural issues.  Importantly, the researcher’s teaching specialties at both undergraduate and graduate levels are “Theoretical Criminology” and the “Comparative Study of justice.”  These specialties connect to bolster a successful completion of the project