An Assessment of the Risk of Violent Extremism in Uganda 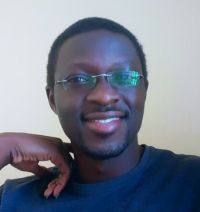 Many of factors fronted for propagating violent extremism; the socio-economic grievances such as unemployment, poverty or religious and ideological causes among others are not unique to specific geographic localities in Uganda, and yet, it is for these same reasons that certain localities have been branded high risk-areas. BRICS report (2018) identifies risk factors as social, personal and structural, similar dynamics before and even after the 2010 attacks. Additionally, a wide range of grievances in Uganda are similar to those associated with the emergence of violent extremism in the developing world (Denoeux, & Carter, 2009), yet these have not yielded actual and latent conflict or violent activities. It becomes more complicated to conceptualize and even theorise violent extremism when elsewhere, the persons committing violent attacks do not identify with any of the advanced pull factors. An example is the neighbouring Kenya's Garissa attack, where one of the attackers, was a successful lawyer and possessing no history of marginalization or poverty (UNDP, 2015). Luengo-Cabrera & Pauwels (2016), posit that for CVE programs to be effective, they ought to be context specific since assessment of CVE programmes elsewhere, reveals a failed attempt to prevent the targeted "at-risk" individuals from being recruited by militias. While we doubt not that the journey to understanding violent extremism is a rather difficult process, and VE is in itself a fluid and dynamic process, it remains imperative that clarity is made about the nature and extent of this risk in Uganda's context.

Rationale
The risks and the projected impact associated with violent extremism can no longer be ignored. The costs associated with conflict and armed violence, including violent extremism, have gone beyond loss of life (SIDA, 2017). The economic and social impact of violent extremism have devastating effect on the growth and development of developing countries (Global Terrorism Index 2017). For example, the activities of Al Shabaab have contributed to an estimated 25 percent drop in tourism in Kenya (Kenya Tourist Board, 2015), a sector that provides a vital source of jobs and income for the country. The increasing attacks by Boko Haram contributed to decline of Nigeria’s foreign direct investment flows by 21 percent between 2011 and 2012 (Taglioni, 2016) affecting employment significantly. The immeasurable impact goes beyond affecting the lives and livelihoods of those who have lost family members, friends and colleagues in the multiple tragedies in marketplaces, universities, places of worship and schools (UNDP 2015).
With violent extremism being studied in diverse disciplines (sociology, politics, psychology among others) (Nasser-eddine et al, 2011) and being defined variedly, it essentially becomes complex to determine what it entails precisely in Uganda's context. States (for instance the United States, Australia etc.) around the world have developed their own definitions of what constitutes violent extremism (Logan, & Lloyd, 2019). This is an important step in the assessment of violence and ultimately in development of CVE measures. Beardsley and Beech (2013) observe that, it's important to assess risk in order to determine which offenders are likely to commit future violent acts. It is equally key because the success of CVE measures will largely depending on the understanding of the context. CVE measures elsewhere, for instance Kenya's KTI-E USAID funded project have largely been unsuccessful because of a lack in understanding of the context of operation and basically a lack in the comprehension of the risk. An internal review on the KTI-E project thus proposed a more systematic identification of at-risk population cohorts (Luengo-Cabrera & Pauwels, 2016).

Lino Ika is a lecturer of governance, peace, and development in the Department of Governance, Peace, and International Studies of Uganda Martyrs University. He has taught, researched, supervised students, and engaged in community service in the thematic areas of leadership, governance, development, public policy, urban planning and sustainable development, education for sustainable development, and civil society for the last seven years. Within the same period, he also worked as the Country Associate Director for Karamoja Cluster Project (2013 - 2016), a cross-border peacebuilding project anchored on people to people approaches to mitigate cross border violence in Karamoja region of Uganda and Kenya. Besides, he has over four years of experience in Civil Society programming, operations, monitoring and evaluation, organisational capacity building training and empowerment, and policy advocacy. With the rich experience in teaching, research and community services, his current scholarship focuses on role of public policy actors in governance and public policy effectiveness, and obstacles to peacebuilding and development. He holds post graduate diploma in teaching and learning in higher education from Uganda Martyrs University, Master of Arts degree in Sustainable Urban Governance and Peace Studies of United Nations University for Peace and Bachelor of Development Studies degree of Uganda Christian University. Currently, he is pursuing Ph.D. in Public Policy at the University of Pretoria. 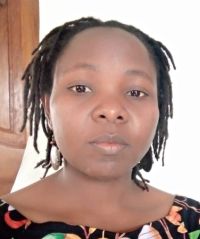 Sophie works as a lecturer in the school of Arts and Social Sciences at Uganda Martyrs University where she teaches courses on Gender and governance, human rights, peace and conflict and international laws. She has been involved in the implementation of several projects including, the VLIR-UOS Project on Governance and post-conflict reconstruction in northern Uganda 2014- 2019, the United Nations University for Peace Great Lakes program, 2010 -2012 and the African Peacebuilding Network, where she is currently an Individual Research Fellow. She has also facilitated university projects such as the Equator Peace Academy of Uganda Martyrs University. Sophie has been involved in consultancy work with a couple of organisations including Chr. Michelsen Institute, Inter-Governmental Authority for Development (IGAD) and Institute for Peace and Security studies (IPSS) and has thus produced reports and academic papers on various topics. As a researcher, her work has been published in the peer-reviewed Journal of Eastern Africa Studies. Sophie has special interests in Violent extremism, and conflict studies, Human rights, Humanitarianism, Violent extremism, international law and governance. She received her education at The United Nations Mandated University for Peace and Ghent University with a masters in International Law and Human Rights and PhD in Political science respectively. She also holds a Bachelors of Arts in Ethics and Development Studies from Uganda Martyrs University.

The Foundation acknowledges that Lino Ika and Sophie Komujuni have successfully completed their project.