The Search for Peace: Promoting Good Governance in Zimbabwe 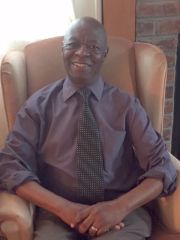 Zimbabwe attained independence from Britain in 1980 by fighting a war of national liberation against the Rhodesian minority government. After independence, the new nation found itself engulfed in a civil conflict in the southern part of the country where more than 20,000 people were killed by government forces in a war that was akin to ethnic cleansing of the minority population of Zimbabwe (Catholic Commission for Justice and Peace, 1999). Zimbabwe is inhabited by four groups which include the Shonas, comprising 84% of the population, the Ndebeles compromising 15% of the population and approximately 1% European origin as well as people of mixed race (Catholic Commission for Justice and Peace, 1999). The civil atrocities of the 1980’s were directed against Ndebeles in the south and central parts of the country.

During the elections of February 1980, Robert Mugabe and his Zimbabwe African National Union – Patriotic Front (ZANU-PF) secured a landslide victory. Robert Mugabe became Prime Minister. Opposition to what was perceived as a Shona takeover immediately erupted around Matabeleland, the primary region of the Ndebeles. The Matabele unrest led to what has become known as ‘Gukurahundi’ (Shona: “the early rain which washes away the chaff before the spring rains”) or the Matabeleland Massacres, which lasted from 1982 until 1985. It has been estimated that at least 20,000 Matabele were murdered and tens of thousands of others were tortured in military internment camps (Catholic Commission for Justice and Peace, 1999). The Massacre only ended after Joshua Nkomo, the leader of the Zimbabwe African People’s Union – Patriotic Front (ZAPU-PF) and Robert Mugabe reached a unity agreement in 1987 that merged their respective parties, into the Zimbabwe African National Union – Patriotic Front (ZANU–PF).  In that year Robert Mugabe became President, head of state and government, and commander-in-chief of the armed forces and continues to hold the position as President of Zimbabwe at age 91. Renowned as a champion for the anti-colonial cause, President Mugabe is now viewed as an authoritarian responsible for Zimbabwe’s problematic human rights record and substantial economic decline.

In 1999, the Movement of Democratic Change (MDC) was formed as an opposition party. In 2000, President Robert Mugabe began to forcibly redistribute land owned primarily by white farmers in Zimbabwe to government officials. Poorly managed confiscation of white farmland, continuous droughts, and a serious drop in external finance led to a sharp decline in agricultural exports, which was traditionally the country’s leading export-producing sector (Centre for Peace Initiatives in Africa, 2005). The establishment of the MDC, the rejection of the Draft Constitution through a referendum in February 2000, the subsequent 2000 June Parliamentary elections, the land redistribution in 2000 and 2002 Presidential elections, led to a decline in Zimbabwe’s human rights record (Centre for Peace Initiatives in Africa, 2005). Shocking human rights violations that include torture, rape, arson, assaults, destruction of property, harassment and intimidation were recorded by human rights organizations such as the Catholic Commission of Justice and Peace.

The Centre for Peace Initiatives in Africa’s (CPIA) mission is to contribute towards the promotion of sustainable peace, stability and security in Africa through conflict prevention, management and resolution. It is a non-governmental regional peace organization in Harare, Zimbabwe, established in February 2001 by Professor Ibrahim Gambari, the Special Advisor of the United Nations Secretary General on Africa. The Centre works in close cooperation with the United Nations and other organizations that share its objectives. The Centre envisions a future where it would become the first port of call in respect to conflict prevention, resolution and management in Zimbabwe, the Southern African Development community (SADC) Sub-region and Africa. CPIA’s activities have been based on its commitment to peace through dialogue.  Where there is conflict between parties who should be working together, communication is usually negative and that is destructive in many ways, resulting in the need for constructive dialogue. Over the years, CPIA has made significant contributions to creating an environment of dialogue of peace and national reconciliation among various interest groups and stakeholders, primarily in Zimbabwe, but also at regional and continental level.

In 2005, the Centre for Peace Initiatives in Africa (CPIA) conducted a study entitled “Zimbabwe: the Next Twenty Five Years” which occurred twenty five years after Zimbabwe attained independence.  The study results were published in a book and distributed internationally. The objective of the study was to examine the following major areas of national development in Zimbabwe which included: 1) good governance; 2) reconciliation; 3) foreign policy; 4) human rights; 5) human resources; 6) economic perspectives; and 7) health. The areas studied served as a road map that would lead to peace and good governance in Zimbabwe. To lay the research foundation, the key stakeholders were tasked with defining the meaning of governance, and constructing a conceptual framework that outlined the essential characteristics of good governance. Politics, government and governance, are intimately connected to each other.  The first deals with the allocation of state resources, the second stresses mechanisms of control, while the third encompasses the first two but goes beyond to include other stakeholders in the society (Dwivedi, 2002). In the study, governance was defined as “comprising mechanisms, processes and institutions through which citizens and groups articulate their interests, exercise their legal rights and obligations and mediate their differences” (Centre for Peace Initiatives in Africa). Governance was perceived as comprising the traditions, institutions and processes that determine how power and authority are exercised, how citizens are given a voice and how decisions are made on issues of mainly, but not only, public concern. Essentially therefore, “governance” implied a creative interaction that was carefully designed to promote full and effective citizenry participation in public affairs, accountability by the state to the people, and ultimately the existence of institutional arrangements that are founded on and designed to sustain those values (Centre for Peace Initiatives in Africa, 2005).  Governance was divided into three major components: 1) political governance; 2) economic governance; and 3) social governance.

Political governance included the setting of policies, marshalling of resources, and creation of processes and institutions for political decision-making, popular participation in governance, fundamental rights and democratic pluralism. Governance is often equated to political and institutional structures and processes of decision-making which indicates how crucial the political system and institutional environment are, in determining and conditioning the nature and quality of governance in any given society. Economic governance included the processes of decision-making which directly or indirectly affect a country’s economic activities such as economic and financial policy, economic decision-making, the role of the private sector and the impact of globalization and international trade on the local economy. Zimbabwe is currently facing an economic crisis that is characterized by high inflation, shortage of foreign currency, high unemployment, and poor and unsustainable investor confidence. The results of economic governance in Zimbabwe include increasing unemployment, high cost of living characterized by among other things, exorbitantly high prices of basic commodities, unaffordable transport and health services, increased impoverishment, prostitution and other criminal activities.  In short, the economic governance system has resulted in the privileged minority benefitting while the majority of Zimbabweans have largely been reduced to destitution.  The system has therefore failed to promote sustainable economic growth. Social governance consists of social norms, values and standards, role of culture, education, health, religion and civil society, the welfare state, and institutions to control poverty, human deprivation, and ultimately to enhance sustainable human development.

In summary, governance is seen as both a concept and a process. Essentially, it includes a full range of political, economic and social activities involving all stakeholders in a country and governmental institutions (i.e., legislative, executive, judicial, political parties, interest groups, civil society, the private sector; and the general public). Good governance is a prerequisite of creating conditions of peace and development in any country. Good governance is described as the processes for making and implementing decisions. Good decision-making processes, and therefore good governance, share several characteristics of which, accountability, transparency, the rule of law, responsiveness, equitability and inclusiveness, effectiveness, efficiency and participation are key. Good governance needs to be fostered in order to promote political stability, social cohesion and economic development. CPIA will re-examine the state of governance in Zimbabwe with the proposed study in order to understand whether or not the government and key stakeholders have advanced to foster good governance in the past 10 years since the initial study was completed.  The study outcomes will provide recommendations that will inform the country as it prepares for the next election in 2018. The proposed project will thereby further the goals and mission of the International Peace Research Association Foundation, which are to advance interdisciplinary research into the conditions of peace.

The objectives of the research are to:

Focus Groups With Youth and Women in Leadership – We will conduct 10 focus groups with identified youth and women in leadership positions. Each group will consist of 10 respondents and will be approximately 2 hours in length. Participants will be paid $10 USD each. Discussion interview guides will be conducted in Shona, Ndebele or English based on location. The following will comprise the main content:

In-depth Interviews with Identified Top Local Leadership – Fifty individuals at the local and national level will be identified and voluntarily complete a 1 hour in depth interview designed from previous research. The nature of the research project will be explained to the respondents during the consent process to ensure that candidates are fully aware of what will take place and what is expected of them. Anonymity will be guaranteed to participants and that their names will not appear anywhere. During the interview, each participant will be asked what recommendations could be applied in the next ten years that could promote peace, good governance and national development. Each interviewee will be asked for permission to audio record the interview, strictly for internal purposes of ensuring the accuracy of subsequent analysis. It will be explained to participants that all recordings are used for analytical purposes only.

The recommended stakeholder interviews and program participants’ groups are;

Dissemination Plan: The issue of good governance in Zimbabwe is very critical to sustainable peace and development. A conference will be organized in order to present the study results and the recommendations will be widely distributed in Zimbabwe and internationally. Dr. Leonard Kapungu will publish the study outcomes. It will be circulated to all Zimbabwe stakeholders, the President, the Cabinet, Government ministries, Members of Parliament, local government officials, the security forces, civil society, academia and centres of higher learning. We will encourage governmental officials to use the study results to promote conditions of peace and national reconciliation in Zimbabwe as they prepare for the next election in 2018.

The Foundation acknowledges that Leonard Kapungu has successfully completed his project.