Understanding the Mechanisms of Social Change Empowerment: From Encounter Participation to Peace-Building Activism 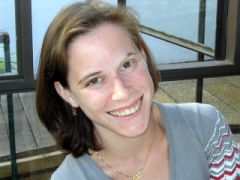 Scholars have long recognized the potential role of education in areas of ongoing conflict to exacerbate intergroup tensions as well as potentially diffuse them.  In these conflict-prone areas, school-based education often reinforces conflict norms; in contrast, educational initiatives implemented outside of school settings are an important tool that can be used to emphasize the importance of building peace and promoting justice. In Israel, for example, dozens of educational initiatives have brought together Jewish and Palestinian citizens in order to address majority-minority tensions and appease the ongoing threat of violent conflict between the two groups that has existed since the founding of the State in 1948.

While a large body of scholarship examines the link between conflict and educational initiatives, relatively little research has focused on what makes such initiatives successful – in other words, what are the processes that make successful encounters work?  In recent years, scholars have taken up the question of “impact,” focusing on whether educational initiatives such as structured encounters between Jewish and Palestinian citizens can influence participants to engage in additional social change activities and thus build into societal peace-building endeavors. Yet, this scholarship remains relatively limited in its potential to uncover the processes that can help lead from initiative to outcome. In other words, while existing research suggests that educational initiatives can promote social change activity among alumni, significantly more research is necessary in order to understand how this internal change among participants occurs.

A documented “success story” in the educational encounter sphere is Sadaka Reut, a veteran organization in Israel implementing encounter programs since the early 1980s.  Over its decades of program implementation, Sadaka Reut has succeeded in inspiring generations of young people to become activists for peace and social change in Israel (Ross 2013b).  Thus, it is an ideal case for exploring the question of what makes encounters successful.  Moreover, Sadaka Reut has developed its own theory of change conceptualizing the process by which participants acquire a sense of responsibility for engaging in social change, based on Sadaka Reut’s decades of experience with educational encounters.  However, this theory of change remains as of yet untested.  In order to better understand what drives the development of social change responsibility and action among Sadaka Reut participants, it must be assessed.

To this end, my project will provide an in-depth examination of Sadaka Reut’s educational work process. In doing so, this research will contribute: 1] to a better understanding of how this organization influences its participants; and consequently 2] to greater knowledge about the concrete manner in which encounters bringing together individuals from conflict groups can contribute to the advancement of peace and justice in conflict contexts. Practically, this project also has the potential to lead to training and other materials that can help educational initiatives in Israel and other conflict areas increase the impact of their programming.

Practically, this project builds upon previous research carried out with Sadaka Reut during the period between 2010-2012. During this time period close contacts were established with Sadaka Reut staff and interviews conducted with staff members as well as with over 40 former Sadaka Reut participants.  This earlier research helped establish that Sadaka Reut does, in fact, successfully empower participants to engage in social change at local and national levels and thus provides an important basis upon which to focus more closely at the mechanisms of organizational work. The current project will utilize a variety of techniques over multiple stages between June 2015-July 2016 in order to deepen understanding of how this empowerment is achieved and to test Sadaka Reut’s existing Theory of Change.  Data will be collected in the form of:

The Foundation acknowledges that Karen Ross has successfully completed her project.