Imagining justpeace in Israel/Palestine: Zochrot and the Active Imagination of Return 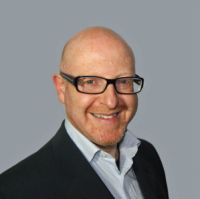 I pose a question that lies at the heart of the mission of the IPRA Foundation: to “inspire visions of a peaceful world.” What, then, is the concept of “vision” that is so central to peace research? That does not seem to be a question asked often, so I will approach it by treating “vision” as a synonym of “image” and by focusing on acts of imagination. Consider the text “Imagine peace” that is the only content in a one-page ad placed each year in the New York Times by the Yoko Ono foundation. The starkness and emptiness of the ad indicates crucial questions for the study of the mostly frustrated search for peace. Why is it so hard to imagine peace and how should peace be imagined? According to Winter (2008) the interminable nature of contemporary warfare makes it difficult to define peace by way of contrast. Fry (2004) suggests we have not spent enough time studying peaceful societies to conceive it well. That is a vital line of inquiry, yet it will still require collective imagination to pursue the peaceful means of political life, as practised elsewhere, in one’s own society.

The conceptual question, what are images of peace? matters because imagining peace is crucial to peacebuilding. The costs of the lack of imagination are illustrated by a report in the Israeli newspaper Ha’aretz (2004) about 40 Israeli and Palestinian media and public relations professionals who would be meeting “to try and find a way to promote the brand name of peace,” and to create a “local and international campaign to promote the image of peace.” The campaign was initiated by the Peres Center for Peace, which acknowledged that the “image of the peace brand …. has been worn down over the past few years,” but hoped that the public relations experts could “define certain concepts, such as coexistence.” Without an understanding of how to imagine peace the participants were unable to do that, so the project never got off the ground.

There is a long tradition of thinking about imagination. Aristotle (Shields, 2016) understood imagination to be the faculty of bringing appearances to mind in order to consider and evaluate the outcomes of action. In the recent revival of scholarship about the imagination, innovative action is emphasised (Van Leeuwen, 2016). At the same time, there is a critical understanding of how the creative imagination is stifled by social imaginaries that reinforce existing social and political conditions (Bottici, 2014). Peacebuilding and making entail acting toward a collectively imagined outcome, motivating activity and moving beyond conflictual imaginaries. So practitioners should develop the skill of imagining peace, just as they learn to practice non-violence.

Researching the imagination of peace entails accessing concrete manifestations of images (or visions) of peace. The field of Image Studies tends to assume a two-fold conception of image as abstractions (ideas) and material media (as in a picture)(Mitchell, 2004). In this study I propose a ternary strategy for studying peace images that addresses: (1) ideas and conceptions of peace; (2) mediated representations (images) of peace; (3) non-violent peace activism, understood as prefiguration (or imagination) of peace. Combining these three aspects shows that imagination is not only states of mind, not only ideas that can be communicated to other minds, but also material activity that is mutually constitutive of ideas and mediated representations. In the process of imagination, ideas, representations and activity are necessarily enfolded.

The conceptual research will be fruitful only in concert with empirical work in a specific context. Israel-Palestine offers a timely framework to do so as the Israeli occupation passes its 50th year and hopes for a much-vaunted “two-state” resolution to the conflict have faded. Fresh visions of peace are needed. There are alternative visions or ideas of peace which imagine conflict resolution in political forms such as one state, a bi-national state or a confederation (e.g. Grinberg, 2010), some of which are embodied in grass-roots movements (Two States One Homeland, 2017). My research will not evaluate these proposals but will push the capacity of imagination further by asking how is peace imagined not as a dream of a better future, but as present activity that prefigures the conditions of the imagined future, even when there is no prospect for negotiated peace?

A productive case study for exploring the practice of the imagination of peace is the organization Zochrot (2017), whose aim is to ‘promote acknowledgement and accountability for the ongoing injustices of the Nakba’ among Israel’s Jewish public. It already understands itself to be engaged in practical imagination and hence can be a model for other organizations and locations. It imagines a peace in which Palestinian refugees return to their homeland, but that return is seen as an existential threat by many Israelis. Its team, comprised more or less equally of Israeli Jews and Palestinian citizens of Israel, makes concrete plans, such as architectural ones, for the circumstances in which Palestinians come back to live among Jewish Israelis without displacing them. It shows what it means to implement the right of return in the present. It prepares for the justice it imagines by enacting pre-transitional justice. It makes the forced absence of Palestinians from Israel evident through tours, maps, testimony of refugees, exhibitions, publications, film and other representations. We can thus see the three aspects of practical imagination at work in its project. There is insightful research about Zochrot’s memory work on the Naqba (Leshem, 2010) and some that treats return as theological imagination (Weaver, 2014), but no work address imagination in the full sense proposed for this project.

The objectives of the project
The project combines practical and academic objectives.
• To evaluate the activities of Zochrot as a model - of an organisation that imagines justpeace in an unresolved conflict - which might work in similar contexts (e.g. Cyprus, Kashmir, South Sudan).
• To enhance the peacebuilding activities of peace, anti-occupation, and human rights organisations in Israel-Palestine by reflecting systematically on practices of envisioning peace.