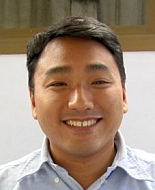 The Tanzanian Context: Conflict Between Refugees and Host Populations

For much of its post-independence history, and even before formal independence, Tanzania was regarded as one of the most welcoming countries in Africa towards refugees.[1] Under President Julius Nyerere, Tanzania welcomed refugees from apartheid-era South Africa, the conflict-riven countries of Mozambique, Zambia, Zimbabwe and Angola and political and ethnic turmoil in the Democratic Republic of the Congo and Burundi.[2] However, in the wake of a refugee influx from the Congo, Rwanda and Burundi in the late 1990s and the early 2000s, government and public attitudes towards refugees have hardened considerably.[3] Today, the vast majority of refugees are required to live in refugee camps and those refugees that are unable to live in camps generally live in hardship and in fear of their Tanzanian neighbours.[4] Research suggests that relationships between Tanzanians and refugees in urban areas is strained and that refugees fear exposure and xenophobia.

Yet reports also suggest that integration into social networks is key to refugees being able to flourish in their countries of asylum – even more so than legal status.[5] Yet refugees’ fear of xenophobia and misconceptions about refugees among members of host communities can also lead to insularity among refugees, perpetuating division between refugees and host community members.[6]

Improving relationships between refugees and the Tanzanian host community is increasingly important for refugee protection in Tanzania. A decline in refugee numbers since the height of the conflicts in the Great Lakes region and the government’s determination to close the remaining refugee camps means that Tanzania must identify other options for hosting refugees besides encampment. Refugee camps are not sustainable when refugee numbers go down.

Should the closure of refugee camps lead to more refugees in urban areas, the effective provision of social and other services to refugees will require an understanding of how services can be provided in a way that serves refugees but does not alienate the host population and lead to conflict and xenophobia.

While research on Tanzania’s urban refugee population has been conducted before,[7] little research has been conducted on the Congolese refugee population, which now constitutes the majority of refugees in Tanzania.[8] Little research has also been conducted on how peaceful relations between urban refugees and host country nationals can be pursued in Tanzania – even though such integration will increasingly be the norm.[9] As it becomes more probable that Tanzania will need to adopt a revised policy on refugee protection that will include hosting refugees in urban areas, finding out how peaceful integration can be promoted becomes more important.

Questions that need to be answered include:

1. How do refugees survive in Dar es Salaam?

2. How do refugees’ lives intersect with those of their Tanzanian hosts?

3. How do host community members feel about living with urban refugees?

4. How do refugees feel about living with host country nationals?

5. How do refugees successfully integrate into local communities?

The project will lead to valuable conclusions on how refugees survive in Dar es Salaam and how peaceful relationships can be fostered between refugees and members of the host community.

In addition, the information collected will be used to provide recommendations on the implementation of programs to peacefully integrate refugees into Tanzania.

The dissemination of project findings to stakeholders will also facilitate the development of better strategies for providing assistance to refugees in urban areas as well as support efforts to rehabilitate Tanzania’s flawed refugee protection regime.

Interviews with refugees and community leaders will explore how refugees survive in Dar es Salaam, their social networks, other support services that they rely upon for survival as well as their degree of integration into the host community.

My prior work with Asylum Access Tanzania—an NGO that works with refugees in Dar es Salaam—will facilitate research with a community that is normally averse to contact with non-refugees and that tends to fear exposure. Because I have existing relationships with refugee community leaders and refugees, I will be able to conduct my research without having to “start from scratch” to develop relationships with refugees. This will allow primary research to be begin quickly and to be conducted less expensively.

At the end of the primary research phase, I will analyze the data to provide profiles of refugee survival techniques in Dar es Salaam as well as profiles of host community attitudes towards refugees. Recommendations will be provided on how assistance to refugees can be provided in an urban Tanzanian setting as well as how successful refugee integration can be sustained.

Draft reports would be disseminated to NGOs for comments on the report’s recommendations. Findings would be presented to UNHCR for comment and for a UNHCR reply on how UNHCR was effecting the organization’s goals for integrating refugees and asylum seekers into the host community in Tanzania. This step would encourage UNHCR to take further action to work with stakeholders to promote refugees’ successful integration in Tanzania. The inclusion of UNHCR’s reply to the findings in the final report will serve as a further encouragement to act on the report’s recommendations.

Asylum Access would then co-release the report with the International Peace Research Association. Copies will be disseminated to the U.S. State Department and international and national non-governmental organizations to highlight the need to take action to integrate refugees and to extend the report’s impact.

Unsuccessful integration of refugees into host communities has caused violence and heightened xenophobic attitudes in other countries. Notably, in South Africa, resentment by refugees towards their treatment by the South African government and hostility be host community members to refugees has led to violence from both sides.[10] In May 2008, more than 60 people were killed in the country after violence spread from city to city.[11]

Although such violence has not yet occurred in Dar es Salaam, relationships between refugees and their host community remains fractured. Many urban refugees report that they fear imprisonment and deportation and therefore conceal their identities from Tanzanians and from the government and UNHCR.[12] As the government closes refugee camps, it drives more refuges towards the country’s urban areas. More urban refugees are also likely to settle in urban areas, amongst members of the host community, as refugee inflows continue from ongoing conflict in the Great Lakes and the Horn of Africa.[13]

Yet government policy does not promote integration.[14] And refugees report alienation from the host community and from the host state.[15] Worryingly, sentiment against refugees and migrants is also turning negative,[16] potentially exacerbating degenerating relationships between Tanzania and its refugee community.

The International Peace Research Association Foundation supports research that leads to nonviolent ways of resolving conflict. My proposed research project seeks to identify ways for Tanzania and for stakeholders to find ways for Tanzania to integrate refugees and for stakeholders to provide services to refugees in ways that do not create conflict between refugees and the host community and that promote peaceful coexistence between refugees and the host community.

[16] Editorial, Immigration policy ought to be revised, The Guardian Tanzania, June 28, 2012, http://www.ippmedia.com/frontend/index.php?l=43122 (“Times have changed; the period when Tanzania used to harbour refugees fighting for their rights in their countries is all but gone.”).

Natalie Briant & Andrew Kennedy, An Investigation of the Perceived Needs and Priorities Held by African Refugees in an Urban Setting in a First Country of Asylum, 17 J. Refugee Studies 437 (2004)

Sarah Dryden-Peterson, ‘I Find Myself as Someone Who is in the Forest’: Urban Refugees as Agents of Social Change in Kampala, Uganda, 19 J. Refugee Studies 381 (2006)

Lucy Karanja, The Educational Pursuits and Obstacles for Urban Refugee Students in Kenya, 1 International J. for Cross-Disciplinary Research in Education 147 (2010)