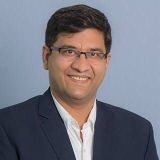 During the last decade many concerns have been raised as a result of lessons learned during peace-building and development interventions, and now this all has raised the questions of how effective all the different local and international efforts have been to build peace? In result, the concept of Peace and Conflict Impact Assessment (PCIA) has evolved rapidly, especially during the course of last five years. Its basic principle emphasizes that the development agencies should conduct conflict analysis at key points during and before entering into their development project cycles, especially in conflict-prone areas. Even in the beginning, these concerns had been accepted by the 36 OECD (Organization for Economic Cooperation and Development) member states and by the UN, as well as by many other international development agencies. As a result of this global acknowledgement, several PCIA tools have been designed and are being tested. This research was aimed at providing a critical analysis of PCIA and related approaches adapted by the international development actors in Pakistan, primarily, to open a discussion on this very important tool. Such discussions are vital in this context so to extensively introduce PCIA and related concepts and tools. This research depicted that mostly the concept of PCIA gets a lot of appreciation in the circle of international development agencies, but only when it is seen in the papers. However, when it comes to the application of PCIA, then the entire scene of admiration takes a negative shift, and it is labelled ‘irrelevant’, ‘complicated’, ‘costly’ etc., and this happens not only in the conflict-prone Pakistan but also in many other similar contexts. Nevertheless, there is a need to develop user-friendly versions of PCIA, which will reach people who work at the grassroots level so to bridge the gap between the theory and practice of the conflict sensitive tools. Finding of this research were compiled in the form of a scientific paper, which is yet to be published. However, it is planned and wished to share finding at some of the international conferences on humanitarian and development issues. 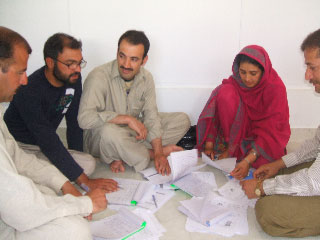 Bio: Mr. Zahid Shahab Ahmed (M.A., UN University for Peace, Costa Rica, 2006 & M.A. University of Agriculture Faisalabad, Pakistan, 2003) is a PhD Scholar at the School of Humanities, University of New England, Australia. His doctoral research focuses on the issues of interstate conflict, regionalism and regional security in South Asia. He has worked on peacebuilding and human rights projects in South Asia, and has actively been researching and publishing on similar issues. He co-authored a study titled “Attitudes of Teachers in India and Pakistan: Texts and Contexts” (WISCOMP, 2007, New Delhi).

Zahid Shahab Ahmed established the South Asian Centre for Peace.  He is the Executive Director.  His agency has been providing aid for flood victims in Pakistan.

Please see the South Asian Centre for Peace’s website: http://www.sacppakistan.org.pk/  which shows some of the impressive work the Centre has been accomplishing.

Zahid’s bio on the South Asian Centre for Peace’s website reads as follows:

Presently, Zahid is in the process of concluding a doctoral research at the University of New England in Australia. Prior to this, he worked for the Friedrich-Ebert-Stiftung (FES) as a Program Officer. At the FES, Zahid was responsible to develop tools and guidelines on peace and conflict impact assessment (PCIA) and also ensure the implementation of PCIA in development projects across the Asian region. He also offered workshops on PCIA in Afghanistan, Pakistan, Sri Lanka, India and Thailand. He joined the FES Pakistan office, soon after completing a Masters in Peace Education from the United Nations accredited University for Peace (UPEACE), Costa Rica in August 2006. Zahid has done MA in Sociology and BA with Journalism & Economics. During studies at the UPEACE, Zahid went to Sao Paulo (Brazil) in July 2006 to offer a workshop on “Youth Cooperation in Peace Education”. He also participated in the UNESCO Chair intergenerational conference “Human Rights as a Tool of Social Change” and in a summer course on “Advanced study of Non-violent Conflicts” from the Fletcher School, Tufts University (USA). Zahid was a Pakistani delegate to the following forums: World Youth Peace Summit (Bangkok, 2004), UNESCO South Asia conference “Youth for Human Unity” (Auroville, 2005), and the Goi Peace International Forum (Tokyo, 2006), He was also involved in the UPEACE project “Peace Education in the Muslim Context”. Zahid has travelled to over 15 countries to promote peace and human rights through collaboration with international organizations, lectures, workshops and paper presentations. In February 2009, he was invited to the World Conference on Humanitarian Studies in the Netherlands to present a paper on PCIA in the Pakistan context. Zahid has been conducting research and publishing on issues of peace-building and conflict in South Asia. He co-authored the following study in 2007: Attitudes of Teachers in India and Pakistan: Texts and Contexts, Women in Security, Conflict Management and Peace (WISCOMP), New Delhi. Zahid is a fellow of the Royal Asiatic Society of Great Britain and Ireland, and a member of the International Peace Research Association and International Humanitarian Studies Association.