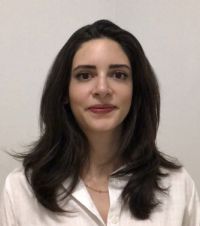 The relationship between education, conflict, peace, and social cohesion has been discussed and theorized by many scholars who work in the field of education in emergencies. While various scholars highlight the positive impact of education on sustainable peace, and various frameworks exist on peacebuilding through education in conflict-affected societies (Ben-Porath, 2009; Davies, 2008; Novelli, Lopes Cardozo, & Smith, 2017; Pherali, 2019; Savage, Khan, & Liht, 2014), there are also some scholars who underline the complexities linked to context, history, and politics of education, and provide a more balanced approach to the impacts of education on conflict (Pherali, 2019). The latter argue that education may have various negative impacts on conflict, such as contributing to conflict through the reproduction of inequalities, exclusions, and ethnic and religious divisions (Davies, 2005). Thus, the idea that education is always beneficial in conflict-affected settings is sometimes depicted as a myth, and it is argued that there are ‘two faces of education,’ meaning that education can have a constructive (i.e. peacebuilding) or a destructive (i.e. peace-destroying) impact (Bush & Saltarelli, 2000; Davies, 2005). Although many studies discuss the relationship between education and conflict, there are fewer studies that focus on how teachers mediate this relationship, and the role of teachers in peacebuilding and social cohesion (Durrani & Halai, 2018; Horner et al., 2015; Kirk & Winthrop, 2007; Novelli & Sayed, 2016). Teachers, as key actors who have significant control over factors such as pedagogy, curriculum, and relationships that are built in the learning environment, have great potential to contribute to peace and social cohesion. Acknowledging the key role of teachers in education, in driving change, and in influencing whether peace and social cohesion are fostered or undermined in classrooms (Anderson & Kumari, 2009; Durrani & Halai, 2018; Priestley, Biesta, & Robinson, 2013), my research puts teachers at the center, and aims to fill a gap in refugee education research by exploring the role of teachers in peacebuilding, and how their agency influences peace and social cohesion.

I aim to explore the role of teachers in peacebuilding and social cohesion by drawing on the theories and debates on inclusion. Even though prior to 2012 most of the important global strategy documents of prominent organizations in refugee education such as UNHCR and INEE recommended the education refugees receive to be as similar as possible with the education in their country of origin, there has been a radical policy shift within the past decade, especially after the release of UNHCR’s Global Education Strategy in 2012 that advocates for the inclusion of refugees into national education systems (UNHCR, 2015; Dryden-Peterson, Adelman, Bellino, & Chopra, 2019). In line with this global strategy, many host countries have included refugee students into their national education systems, rather than having parallel education systems for refugees. However, inclusion does not only involve access to services and institutions (i.e. structural integration), but it is also a sociocultural process that involves issues around identity development, identity transformation, belonging, connectedness, and social cohesion (i.e. relational integration) (Dryden-Peterson et al., 2018; Korac, 2003; Strang & Ager, 2010). One of the reasons for recommending the inclusion of refugees in national education systems has been to promote peace and social cohesion between national and refugee students (UNHCR, 2015). Even though enabling refugees to access national students, and to learn together with national students provides opportunities for peace and social cohesion, structural integration does not always result in positive experiences. Thus, focusing on both structural integration and relational integration aspects of inclusion is critical. In my study, by conducting teacher interviews and observations, I aim to explore how teachers support peace and social cohesion through practices of inclusion, which is understudied in conflict-affected settings. I seek to address this gap by asking the following questions: How do teachers in Turkey support peacebuilding and social cohesion through the inclusion of refugees in Turkish public schools? What are their perceptions, challenges, and strategies in relation to supporting peace and social cohesion through inclusive education practices in classrooms that refugees and national students attend together?

As Turkey is the country that hosts the largest refugee population in the world (UNHCR, 2022), and has a refugee education policy to include over one-million refugee children in its national schools (DGMM, 2022), it is an important context to explore these questions in.

Yesim Hanci-Kaya is a PhD student in Comparative and International Education (specialization in Sociology) at Teachers College, Columbia University. Her research is focused on refugee education, the role of teachers in crisis contexts, inclusive education, and education policies. Previously, Yesim worked at various organizations such as international organizations and NGOs, and coordinated education programs that targeted vulnerable populations. Yesim holds a joint MA in Education Policy from University College London (the UK), University of Deusto (Spain), and Aarhus University (Denmark), and a BA in Psychology and Sociology (double major) from Koc University (Turkey).