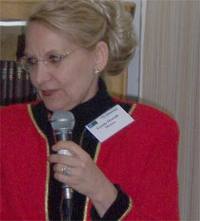 Úrsula Oswald Spring is a full time professor and researcher at the National University of Mexico, in the Regional Multidisciplinary Research Centre (CRIM) and the first MRF-Chair on Social Vulnerability at United National University Institute for Environment and Human Security (UNU-EHS). Since 1977 she has been an active member of IPRA, participating in the Food Study and the Peace and Environmental Group. In 1998 she was elected President of the International Peace Research Association, and between 2002 and 2006 she was General Secretary of Latin-American Council for Peace Research and today Honorific President. She was involved in peace and conflict resolution processes in different countries of Latin America, Africa, Asia and Spain. She is lead author of WG2 of the Intergovernmental Panel on Climate Change and the Special Report on Extreme Events. In 2009 she was elected as the national coordinator of the water research in Mexico to establish a network of water researchers, including scientists, government officials and representatives of private enterprises for the National Council of Science and Technology. From 1992 to 1998 she was also the first Minister of Environmental Development in Morelos, Mexico. She has written 48 books and more than 320 scientific articles and book chapters and is co-editor of the Security Handbooks published by Springer Verlag. She co-founded the Peasant University of the South in Mexico and is adviser of women and environmental movements.