Women in Intra-/Inter-Ethnic Conflicts and Peacemaking: The Case of Borana Women in Southern Oromiyaa, Ethiopia 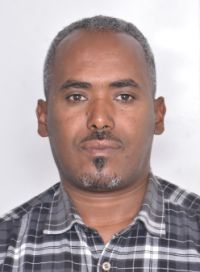 Tesfaye Gudeta is a PhD student at Haramaya University's College of Social Sciences and Humanities. His study focuses on Borana Oromo women's roles in intra-/inter-ethnic conflicts and peacemaking. For the last 9 years he has contributed teach on English linguistics, sociolinguistics, and conflict transformation, theories of ethnic conflicts, gender, conflict and peace at Haramaya University Ethiopia. He has been doing researchers individually and in team on topics such as battling to Become English-Literate in Semi-Pastoral Society of Eastern Ethiopia, the semantics and pragmatics of Oromo personal names, Human trafficking, sociopolitical Role of Oromo Women in Oromo Traditions, Gadaa Laws and their contribution to the maintenance of Peace, and Environment and Aesthetic Values of the Oromo. He has also worked as a program coordinator, associate dean of the college, and assistant coordinator for the HU-UIBK Partnership for Strengthening Institutional Capacity in Peacebuilding and Conflict Transformation project (PSICPCT). Mr. Tesfaye has a master's degree in linguistics from Addis Ababa University and a bachelor's degree in English from Jimma University in Ethiopia. He's also participated in a variety of trainings and workshops, including post-war transitions and avoiding a return to war, conflict transformation and Peace psychology, introduction to many peaces, theatre for living workshop and conflict transformation, conflict analysis and peace work, conflict prevention and management, online learning for EFL educators, academic writing skills, publication and SPSS, and leadership and change management.