Zimbabwe’s Disregarded Victims and the Pitfalls of State Centered Peacebuilding Interventions in Africa, 1980-2017 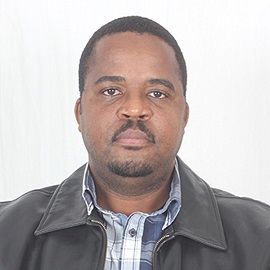 This project seeks to unpack the trans-generational experiences of Zimbabwe’s diverse and unrecognised victims of politically motivated violence. Zimbabwe is a land of unconfessed state sanctioned violence against oppositional and critical citizens. As a result, many people and communities suffer from the traumas of ignored and unrecognised politically motivated pains because of the country’s pervasive and inhibitive culture of disregarding victimhood through silences, denialism and legal firewalls for perpetrators. From the attainment of independence in 1980 to date the country made numerous attempts at post-conflict transition through elite bargained amnesty ordinances, state mediated reconciliation pronouncements and presidential clemency orders. These post-conflict resolution mechanisms not only displace and overlook victimhood but they are also insensitive because the past is never past for victims of politically motivated violence, especially in circumstances where they confront memories of loss of loved ones, impaired livelihoods and the debilitating effects of bodily injuries in their everyday engagements. Most victims endure post-conflict lives in the same spatial locations where they experienced harm, what Pierre Nora (1996, 1) calls “milieu de mémoire, settings in which memory is a real part everyday experience.” In essence, disregarding survivors’ injuries and senses of loss forces them into ever diminishing cycles of existence and being. Finally, this study aims to generate policy relevant knowledge on viable and victim sensitive peace-building strategies. It also seeks to displace elite peace makers, combatants and diplomats’ interventions by relocating powerless victims at the centre of Zimbabwe’s peacebuilding discourses. Zimbabwean conversations on politically motivated harm have largely been victims` monologues because there is a deeply ingrained lack of sensitivity in the country`s body politic for the individual and social bodies of the wounded constitutive other. Therefore, it is imperative to explore sustainable strategies for putting victims at the apex of Zimbabwe’s peacebuilding matrix.

Bio
Terence is a Senior Lecturer in the Department of History at the Midlands State University in Zimbabwe and a Research Associate in the Department of Development Studies at the University of South Africa. He has a PhD in History from the University of Minnesota, USA. He has extensively published in the intersecting areas of African liberation movements and nationalism; conflict and reconciliation processes; and development induced spatial dislocations. He has also worked with the Government of Zimbabwe’s Organ on Healing, Reconciliation and Integration (ONHRI) to explore traditional modalities for conflict resolution. He is a former grantee of the African Peacebuilding Network (APN).