The Collective Reincorporation of Ex-Combatants in Colombia: Sustainable Communities and Abandoned Spaces 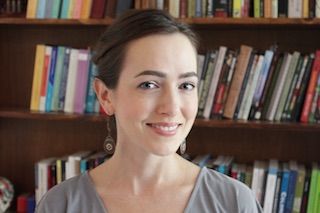 Colombia is a country beset by six decades of internal conflict. The rebel group, Revolutionary Armed Forces of Colombia (FARC), was an important factor in the conflict until their disarmament in 2016. In contrast to many peace agreements that promote individual reincorporation, the 2016 Colombian agreement with FARC adopted both a collective and individual framework for reincorporating ex-combatants into civilian life. The process began with congregating former fighters into 26 camps throughout the country, with opportunities for collective reincorporation activities. Over time, some of the camps became permanent ex-combatant communities, while others fragmented or were abandoned entirely by the ex-combatant population. The project asks, why did some FARC collective reincorporation projects fragment, while others remained cohesive?

To answer this question, the project evaluates four hypotheses from the extant literature on peacebuilding that identify service provisions, security conditions, economic opportunity, and community relations as key factors shaping ex-combatant reincorporation outcomes. The main methodology is a qualitative analysis across FARC reincorporation camps. The empirical data is drawn primarily from interviews with ex-combatants and data from Colombian government agencies on conditions near and within the camps. The research findings will contribute theoretical understanding of ex-combatant reincorporation more broadly, with practical implications for designing future DDRs in Colombia and beyond.

Dr. Susan Brewer-Osorio is a political scientist and Assistant Professor at the Center for Latin American Studies at the University of Arizona. She earned her Ph.D. in Foreign Affairs from the University of Virginia in 2014. Susan served in faculty positions at the College of William & Mary in Williamsburg, Virginia, and at Hobart and William Smith Colleges in Geneva, New York, before joining the faculty at the University of Arizona in 2018. Susan is a 2011 Fellow of the Drugs, Security, and Democracy Program supported by the Social Science Research Council and Open Society Foundations, and a 2020 Fulbright Scholar Selectee to Colombia. Her research aims to bring a subnational perspective to the study of conflict, social movements, and peacebuilding in Latin America. Her previous work on Colombia and Bolivia is published in academic journals, including Studies in Conflict & Terrorism and The Latin Americanist.