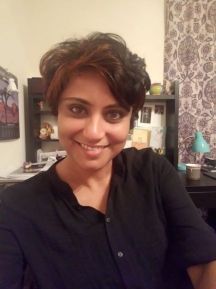 Socio-political identity transformations due to forced migration in the aftermath of ethnic violence involve complex processes. These transformations often reveal the causes of conflict, nature of violence and potentials for building peace. My research, which is a multi- dimensional project including ethnographic field research and a documentary film analyzes these transformations by focusing on the recent Rohingya refugee crisis that recurred in 2017 in South and Southeast Asia. It studies the transforming socio-political identities of Rohingya refugees who are currently in Bangladesh and Eastern India. What makes this analysis a particularly relevant one is that Rohingyas are considered ‘stateless’. Such categorization of this community is not new but reflects a historical, state-based discrimination by the Myanmar government of this persecuted minority. In addition, this research also reveals processes of ethnic conflict that become lethal and, in some cases, genocidal. The ultimate aim is to understand the victimization and consequences of it in order to respond and identify these conflicts.

The mission of the IPRA Foundation is ‘to advance the field of peace research through rigorous investigation into the causes of conflict and examination of alternatives to violence’. My project documents the narratives of Rohingya refugees in India and Bangladesh to reveal the causes of ethnic conflict in Myanmar. By critically analyzing these narratives about what it means to be ‘stateless’ and displaced, this extensive research project constituting a written report, several academic articles and a documentary film not only provides insights regarding the causes of violence but informs peace activists to find alternatives to crises related to ethnic violence also. In the case of Rohingya refugee crisis such alternatives might include avenues to seek citizenship rights for Rohingyas, urging the Burmese government to seek alternative solutions and inform and involve political leaders to negotiate a solution in the region.

At the heart of IPRA Foundation’s vision is ‘inspiring visions of peace’. This project offers a micro-level analysis of consequences of conflict from the perspective of individual refugees affected by ethnic violence. Such accounts, I argue are vital in envisioning future peace. The film aims to give the voices of refugees a space and show how often refugees become marginalized and vulnerable. By making the issue more visible, I aim to continue the dialogue on creating peace.

The Foundation acknowledges that Srobana Bhattacharya has successfully completed her project.