Peace Process in Kashmir: Where are Women? 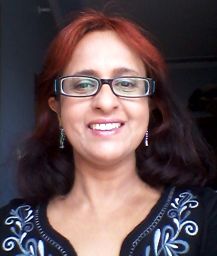 On 31 October, 2000, the United Nations Security Council unanimously approved the Resolution 1325 on Women, Peace and Security for advancement of gender equality in all processes of peace building. Notwithstanding the UN resolution, women continue to remain under-represented or absent from formal peace building processes. Amidst fierce debate on women’s association with peace being rooted either in their nature or nurture, it is disturbing to note their near total absence from the formal peace processes globally. Isn’t it a dichotomy that women are considered peaceful but they are denied due space in negotiating formal peace? And, Kashmir is no exception. In this research I posit the question – Where is the locus of the women in the peace building process in Kashmir? The whole conflict and peace politics in the region is ‘confined to the domain of men and the women remain outside it.’ There is an array of questions that need to be addressed: why women are not included in the peace making? What are the obstacles in the process of their inclusion? What difference can they make in peace process in comparison to male peace makers? Finally, in what capacities can they be involved in making peace sustainable? I will probe these questions in the context of Kashmir. The probing is crucial since the silence has perpetuated the negligence of women; giving rise to the notion that the gender insensitive peace process is fait accompli.

Seema Shekhawat is a social scientist with a PhD on intersection of gender, conflict and displacement. She researched and taught at the Universities of Jammu and Mumbai, India, from 2004 to 2012. She is recipient of several awards including Scholar of Peace, New Delhi and Berghof fellowship, Berlin. She has been a consultant to Internal Displacement Monitoring Centre, Geneva in 2006 and 2010. Dr. Shekhawat was the guest editor for January 2014 issue of Journal of Internal Displacement focusing on displaced women. She is a member of the editorial boards of the Journal of Internal Displacement, and Research Papers, the journal of the Human Rights Conflict Prevention Centre, University of Bihac, Bosnia. She is a member of several organizations including Dignity and Humiliation Studies, Action Asia and EPOS. She has published several articles, reports and books. Her publications include Conflict and Displacement in Jammu and Kashmir: The Gender Dimension (2006); Contested Borders and Division of Families in Kashmir: Contextualizing the Ordeal of the Kargil Women (2009) (co-author). Her latest publication is Gender, Conflict and Peace in Kashmir: Invisible Stakeholders (Cambridge University Press, 2014) and her forthcoming book is Gendering Conflict and Peace Making.

Seema has submitted her Final Report but it is temporarily being withheld due to publishing agreements.

The Foundation acknowledges that Seema Shekhawat has successfully completed her project.