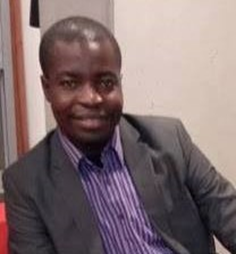 This research will involve a comparative examination of NGO-led peacebuilding in so-called post-conflict and non-post-conflict settings in West Africa. Using Sierra Leone and Ghana as case studies, the project will specifically focus on how the idea of local ownership is been defined and operated through the activities of local peacebuilding NGOs.

The ‘local’ has become a buzzword in contemporary peacebuilding (PB) in recognition of a need to meaningfully engage local actors and resources in the design, implementation and monitoring of peace support programs in conflict-affected settings. Discourses on local ownership have largely emerged from critiques of the Western liberal peace paradigm. Critics argue that the liberal peace generates formulaic, standardized, and state-centric responses through ‘powerful’ government officials and international actors whose approaches to peacebuilding do not substantially address local realities (Richmond & Mac Ginty, 2013). This, critics argue, alienates local voices and cultures, and thus the underlying causes of armed conflict are mostly left unresolved or superficially tackled. This in turn explains why many liberal peace interventions fail to deliver sustained peace (MacGinty 2006, 2010; von Billerbeck 2015, 2016).

The drive towards local ownership in contemporary peacebuilding has been characterized by an active involvement of the NGO civil society, which plays pivotal roles in grassroots peacebuilding (Paffenholz, 2015). While many concerns have been raised about NGOs’ active involvement in the agenda for local ownership, they remain key actors in international peacebuilding and development assistance (Goodhand 2004; Lewis 2015), undertaking activities that target local empowerment and capacity-building in post-conflict and conflict enduring settings (Carey, 2010).

Yet, two important gaps— relevant to theory and policy— remain unresolved concerning the subject matter. First, how the idea of local ownership is being conceived in the discourse and practice of peacebuilding remains irreconcilably contentious, which affects clear conceptualization and operationalization of bottom-up peace (Schierenbeck, 2015). Second, how NGOs mobilize the discourses and practices of the local turn under contested claims of ownership and participation in conflict settings, and how this (re)defines bottom-up peace, remains unaddressed. This thesis grapples with these questions, linking NGOs and the local turn.

Research question
How is ‘local ownership’ conceptualized and operationalized through NGO-led peacebuilding?

Objectives
I will examine how local PB NGOs mobilize the discourse and practice of local ownership and the reaction this generates among different key actors in bottom-up peacebuilding. And investigate how NGOs are functionally and procedurally (re)constituted through the practice and operation of local ownership, and how this affects grassroots peacebuilding.

To critically and adequately explore the processes that shape the conceptualization and operationalization of the local turn through peacebuilding NGOs, the study will undertake a qualitative examination of how NGOs engage with donors, state agencies, and recipient communities and how these interactions shape bottom-up peace in both highly conflictual and supposedly stable countries. I therefore propose to choose Sierra Leone and Ghana, to investigate the dynamics of local ownership in key areas in both settings. Ghana and Sierra Leone form an important part of the ambivalent political landscape of Africa, characterized by both democratic growth and volatile security situations, attracting various civil society interventions.

Sierra Leone experienced one of the most atrocious conflicts in Africa, but the country’s post-conflict recovery is largely seen as a success story in post-Cold War peacebuilding in the region (M’Cormack-Hale, 2010). Conversely, Ghana is considered a beacon of democracy in the continent, yet records recurrences of armed conflict, in particular, in the northern part of the country (Kaye, 2011). In both cases, NGOs play a critical role in the discourse and practice of local ownership in peacebuilding (Amos, 2011). Certainly, Sierra Leone and Ghana do not represent the entirety of the sub-continent. Yet, given the similarities in peacebuilding efforts and outcomes in developing countries, this study has the potential to produce results that do not only contribute to theory and practice applied to the chosen cases, but also to other conflict-affected settings, and could provoke further research.

The Foundation acknowledges that Sebastian Paalo Angzoorokuu has successfully completed his project.