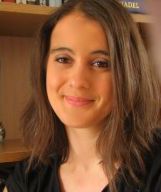 This project will increase our understanding of micro-level peace-making practices – and the conditions needed for peace amidst violent conflict – through an in-depth analysis of localised pockets of calm during the 2010 violence in Kyrgyzstan. A number of scholars have noted that even amidst the deadliest of conflicts, ‘islands of civility’ (Kaldor 1999), ‘micro-peaces’ (Henriques 2013: 123) and ‘nonwar communities’ (Anderson and Wallace 2013: 11) persist in towns, villages, neighbourhoods and workplaces. However, relatively little is known about why some communities are able to avoid descent into violence, whilst others become consumed by conflict, and engagement with local practices of peace is largely missing from international peacebuilding interventions.

Divided societies are one of the biggest challenges facing the world today, and violent conflict across ethnic, religious or other identity lines has affected societies in a wide range of diverse contexts. There has been a strong tendency amongst many academics, policy makers and practitioners to adopt top-down perspectives in their approaches to these conflicts, and to ‘look for the causes of violence at the regional and national levels, and not in the realm of the local’ (Autesserre 2010: 42). As a result, conflict resolution and peace-building efforts have traditionally emphasised state-centric and elite-focused political solutions to the crisis at hand. Valuable as this perspective is, and important as political solutions are, top-down approaches can also mask the more complex local dynamics of conflict and peace, and they may obscure potential sources of conflict prevention and transformation emerging at the grassroots. An increasing awareness of this problem has led to a local turn in peace research (Maginty and Richmond 2013), and this research is firmly situated within this trend.

In my previous research, which examined the micro-level dynamics of the 2007-2008 postelection violence in Kenya, it emerged that amidst the widespread and intense inter-ethnic violence that marred the country, some villages and neighbourhoods remained calm, preserving the social fabric and maintaining solidarity across the ethnic divide. Further research since the completion of this project has indicated that this is not an isolated case, but rather is part of a wider, global and cross-cultural phenomenon. Indeed, these locally-initiated and self-organising pockets of peace have been identified in contexts as diverse as Columbia, Mozambique, Guatemala, India, Rwanda, Afghanistan, Iraq, Bosnia, and Indonesia. In all of these cases, communities worked together to maintain calm and peaceful relations and to guard themselves against external attack.

While there is a growing awareness of the persistence of these ‘islands of civility’ (Kaldor 1999), far less is known about how these pockets emerge, how they are able to survive, and why some communities are able to maintain peaceful relations during a crisis whilst others are not. Moreover, international peacebuilding efforts have seldom engaged with these local systems and structures of peace-making and conflict prevention. This project, then, seeks to address these questions and to further our understanding of the conditions of peace through an analysis of local dynamics of violence and peace in Kyrgyzstan.

Kyrgyz society is deeply divided along ethnic lines and has witnessed periodic clashes between the Uzbek and Kyrgyz populations since the early 1990s. In June 2010, however, the country experienced some of the most intense and widespread violence in its independent history. The conflict exploded in the capital, Osh, but quickly spread to other parts of the country, leaving hundreds dead and approximately 400,000 displaced. However, while the conflict raged across Osh and Jalal-bad provinces in particular, there were a number of towns and villages that resisted degeneration into violence. These cases raise an important question: Why were these towns and villages able to maintain peaceful relations between the various ethnic communities, whilst others descended into chaos, and what can we learn from their success? An analysis of these dynamics will not only further our understanding of the Kyrgyz context, but will generate insights that may be applicable in other settings.

The Foundation acknowledges that Sarah Jenkins has successfully completed her project.