The Effect of Identity on Memories of Group Conflict 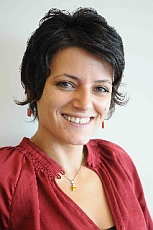 Perceptions of history and collective memories are important in maintaining and perpetuating intergroup conflicts. Such views of history have a very strong impact on group members’ current perceptions of conflict and prospects for its resolution. Despite the shared nature of these beliefs, group members often exhibit differences in their construals of past collective events of intergroup conflict. Understanding the conditions and processes that lead to differential construals of the past across and within groups is important as it might provide insights for successful interventions.

Three questions drove this research. First, how do group members construe violent intergroup conflicts involving their ingroup? Second, does the degree of ingroup identification influence individuals’ interpretations of these conflicts? Third, what is the role of different types of ingroup identification (ethnic vs. national) in these construals? These issues were investigated in three different contexts of intergroup conflicts, in Turkey and Burundi: (1) the Turkish-Armenian conflict and mass killings between 1880s-1920s, (2) the Turkish-Kurdish conflict in Turkey between 1984 to 2005, and (3) the ongoing ethnic conflict between Hutus and Tutsis in Burundi since 1962.

Drawing from previous work, I identified and assessed three dimensions that contribute to differential construals of intergroup conflict: attributions of responsibility (ingroup vs. outgroup vs. external factors), perceived severity of harm (on the ingroup vs. the outgroup), and conflict framing. I investigated construals of conflict by examining cross-group and within-group variations in these three dimensions.

The first study examined how group members construe a historical period of intergroup conflict and violence, and whether variations in the strength of ingroup identification predict these construals. These issues were examined in the context of Turkish-Armenian conflict by investigating Turks’ construal of events related to the mass-killings of Armenians in the period between 1880 – 1920. Participants in this research were 113 Turkish students recruited at various universities in the United States. All participants completed a survey instrument administered in Turkish. The first part of the instrument assessed participants’ ingroup (Turkish) identification. A second section assessed participants’ construal of the past conflict between Armenians and Turks between 1880s – 1920s.

Study 2 furthered this investigation in a different conflict context (Turkish-Kurdish conflict) by examining whether the influence of ingroup identification on interpretations of past violent intergroup events varies as a function of one’s group membership and status (Turks vs. Kurds; majority vs. minority). Study 2 extended Study 1 by: (1) comparing both groups’ (Turks and Kurds) perspectives of the conflict, (3) assessing an additional dimension of construals, conflict framing (i.e., framing as terrorism, minority issue, or ethnic conflict) (4) moving beyond ingroup and outgroup distinctions to assess which types of targets (insurgent groups, government, and general population) affiliated with the in- or outgroup were held responsible for the conflict, and (5) examining the effect of different types of group identification (ethnic vs. national identification) on construals of the conflict. Participants were 298 Turkish nationals (194 ethnic Turks and 80 ethnic Kurds) living in Turkey. The procedures were similar to those in Study 1.

Study 3 replicated Study 2 in a more intense ongoing conflict context: the ethnic conflict in Burundi. Participants were 114 (56 Hutus, 58 Tutsis) students at two different universities in Bujumbura. The methods were similar to the first two studies.

Comparisons of the amount of harm inflicted on the ingroup and the outgroup yielded different results across the three studies. Turkish respondents reported that Armenians have suffered more than Turks during the Turkish-Armenian conflict; Turkish respondents perceived equal amount of harm to be inflicted on Turks and Kurds during the Turkish-Kurdish conflict, whereas Kurds perceived their ingroup to have suffered more; similarly, Hutus and Tutsis perceived the respective ingroups to have suffered more during the conflict. These results were interpreted by taking into account the social reality constraints of each conflict context under study.

Across studies, supporting my hypotheses, stronger identification with the ethnic group was related to (1) attributing more responsibility to outgroup targets and external factors and less responsibility to ingroup targets, (2) more harm perceived to be inflicted on the ingroup and less harm perceived to be inflicted on the outgroup as well as to (3) higher endorsement of conflict frames that portray the ingroup in a positive light.

Burundi, Turkey and other societies that have experienced violent conflicts face important decisions regarding how to deal with their violent history. How can truth about the past be established when groups endorse such different interpretations of the past? Reconciliation efforts around the world have adopted programs such as truth and reconciliation commissions (TRCs) that aim to address and deal with the past as a way to reconstruct the future. However, in order to deal with these issues in an effective way it is important to understand how groups and their members construe their conflicts and how they come to different understandings of the past. Understanding the factors that lead to different construals and interpretations is important to inform effective strategies to change them. The current research contributed to this understanding.

I thank International Peace Research Association for supporting this research. Originally, I had planned to conduct this research only in Turkey, by examining Turkish-Kurdish and Turkish-Armenian conflict contexts. This grant was instrumental not only in completing the planned research, but it also made possible to extend the research to the investigation of the ethnic conflict in Burundi. The IPRA grant was used to collect research data in Turkey and in Burundi.

Rezarta Bilali completed her Ph.D. at the University of Massachusetts in Amherst in Social Psychology with a concentration on Peace and Violence at the University of Massachusetts Amherst. Her dissertation is entitled “The Effect of Group Identity on Memories of Past Conflicts.” While she was a graduate student she received a Guggenheim award for intergroup conflict research.

She is currently an assistant professor at the University of Massachusetts at Boston in Dispute Resolution. Here are some of her publications:

Bilali, R. (in press). Assessing the internal validity of image theory in the context of Turkey-U.S. relations. Political Psychology.

Staub, E., Pearlman, L., & Bilali, R. (2008). Psychological recovery, reconciliation and the prevention of new violence: an approach and its uses in Rwanda. In B. Hart (Ed.). Peacebuilding in Traumatized Societies. American University Press.