Peace and Conflict Between Minorities: Understanding Dalit-Muslim Relations in India 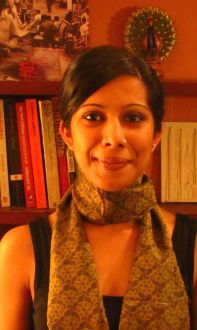 Although social psychology has made great strides in understanding harmony and hostility between members of different social, racial, religious and ethnic groups, research on minority-minority relations (as opposed to majority-minority relations) remains scarce. Moreover, existing studies ignore important intragroup differences of gender and class, and their influence on minority-minority relations. In addition, this scarce literature has often focused on western societies. Towards addressing these gaps, this project investigates social psychological and structural conditions that explain positive attitudes and peaceful relations between minorities, as well as those that fuel intergroup hostility and violence. Specifically, this project entails two qualitative studies that employ an intersectional lens to examine relations between Dalits and Muslims in India.

India is home to many religious and ethnic minorities that live alongside the majority population of Hindus, who are divided by the hierarchical caste system (Dirks, 2001). Those who fall at the bottom of this system are called Dalits (meaning “broken” or “oppressed”; formerly called “untouchables”). Over the past centuries, this hierarchical caste system has led to disadvantage, discrimination, and even direct violence against the Dalits (Ilaiah, 2002; Valmiki, 2010). Impacted by this, Dalits, who constitute over 16% of India’s population, are presently amongst the most disadvantaged groups in India (Thorat & Newman, 2013). Similar to Dalits is the condition of the Indian Muslim minority, who suffer severe marginalization and form over 15% of India’s population (Sachar Commitee Report for National Minorities Commission of India, 2006). Owing to historical hostilities with the Hindu majority moreover, Muslims have experienced recurrent episodes of communal violence (Varshney, 2003).

Importantly, in some of these riots, Dalits were pitted against Muslims by upper-caste Hindus. For instance, in the 2002 Gujarat riots Dalits were instigated by upper-castes to carry out violence against the Muslims on their behalf (Prakash, 2014). Moreover, affirmative action policies in India, which supports the Dalits but not similarly disadvantaged Muslims, further fuels the friction between these groups. Amidst these tensions however, there have also been instances of solidarity between Muslims and Dalits (Sikand, 2003). For example, after the Gujarat riots some Dalit women organized themselves to rehabilitate their Muslim neighbors who had been displaced during the riots (Sikand, 2007). Moreover, some Muslim institutions have organized collective events against practices of untouchability directed at the Dalits by upper-caste Hindus (Sikand, 2004). What are the social psychological process that explain these instances of solidarity and peaceful relations between historically disadvantaged minorities? Conversely, which are the ones that perpetuate hostility and violent conflicts between these marginalized groups?

In examining these questions moreover, intra-group differences of gender and class need to be considered. Rather than assuming a uniform set of attitudes within minority groups, it is crucial to examine how other social categories and resulting socio-structural positions shape attitudes toward other disadvantaged groups. Accounting for the impact of multiple social categories, the feminist framework of intersectionality helps address this issue; it reveals marginalized sub-groups (e.g., Muslim women) within broader social categories such as religion or gender. Thus, my project aims to examine minority-minority relations through an intersectional lens, attending to gender and class differences while exploring social psychological processes that underlie Dalit-Muslim relations.

2016 James Marshall Public Policy Fellow, spending the next year with the Tom Lantos Human Rights Commission at the U.S. Congress