Performance and Arts for Peace-dialogues in Schools 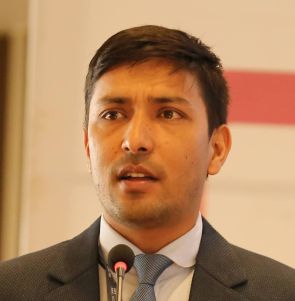 Youth are under-researched and under-served compared with other groups in in conflict-affected contexts. Where youth feature, problematic representations dominate both the research and policy literature, with young people occupying binary positionings as “victims” in need of “saving” or “threats” in need of “containing”. There have been attempts to cast youth in a more positive light (e.g. UNSC Resolution 2250) as “agents of peace”.

In 2015, in response to a long instability, Nepal became a federal state with a number of powers devolved to 753 new local governments that have received several important powers, including regulating education and health care. Beside these success stories from the peace process, some major tasks from the peace accord of 2006 are still unresolved. Nepal has become relatively successful in concluding the peace process after the decade long (1996-2006) armed conflict. The transitional justice is still a pending issue even after 13 years of the official end of the armed conflict. The peace accord assumed to form the Truth and Reconciliation Commission (TRC) and a Commission on the Investigation of Disappeared People within six months and solve the issues within two years. But it took more than six years to form the commissions itself. It has already been more than five years since the formation of the two commissions, and they are still figuring out the possible way to move forward.

Similarly, gender based discrimination and caste-based discrimination are two major social issues in Nepali society. The socio-economic and gender based descriptions are rooted in the social structures and day to day life. Frequent incidents of discrimination, physical assaults, and brutality are reported in national media, and there are many more cases not reported. Although national law has banned any kind of discriminations and made those acts or intentions punishable, the social transformation is yet to be achieved in making a tolerant and cohesive society. Furthermore, the unemployment and foreign labour migration are another noteworthy contextual issues. Still a significant percentage of population is rural in Nepal.

All these situational factors are reflected in the school classrooms in Nepal. With increasing awareness of the negative consequences of corporal punishment, in 2018, the Government of Nepal declared all the schools as “zone of peace” and “physical violence free zone”. A majority of teachers were found using both verbal and physical violence in the classroom as the remedy to improve the learning outcomes of the children (Annual Status of Education Report, 2018).

Against this backdrop, this research focuses on the following research questions:

1. How can different art forms be used to co-design, deliver and evaluate peacebuilding curricula and other approaches for working with children and young people to address local conflict issues?
2. How might cultural forms be used for dialogue with and between children and young people, educators and policy makers to advance peacebuilding through a local and indigenous approach?

The research publications of this research will be based on the art-based research method with qualitative methodological approach. The data and information will be collected from schools from Kanchanpur, Palpa, and Makawanpur districts of Nepal. The researcher will apply the participatory research methods such as a meeting between child clubs, teachers and research team to decide the local art form and cultural artists to be involved in the research project. An arts-based workshop at schools will help to:

At the end of the project, all the information will be compiled and will be analyzed as per domain and narrative analysis methods. The proposed research areas are highly sensitive due to the multicultural, multilingual and multiethnic nature of the classrooms. Students in the classrooms may have been affected by physical violence or socio-cultural structural issues. To address issues of sensitivity and disruption, researchers will be cautious to the sensitivity (linguistically and gestural) keeping the child protection ethics developed by “Children Welfare Board of Nepal”, ‘do no harm’ approach, conflict sensitivity approach and non-violent communication approach.

Rajib Timalsina is a peace researcher based in Kathmandu. He has been working on peace education, learning assessment, labour issues and politics related researches. He is faculty member at Tribhuvan University where he teaches peace research methods, peace psychology and political systems for Masters in Conflict, Peace & Development Studies.

The Foundation acknowledges that Rajib Timalsina has successfully completed his project.