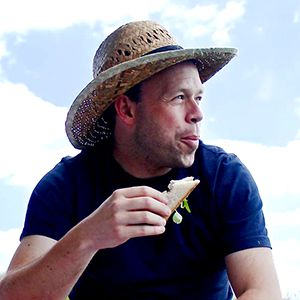 This project involves an in-depth study of the International Fellowship of Reconciliation (IFOR), as a corrective to the scientific literature, that has largely ignored the development and contribution of this 100-year old, faith-based, pacifist organisation, despite its involvement corporately or through particular members in key moments of nonviolent change over the last century. Such literature as exists, tends to focus on profiles of the older national branches, prominent figures, or has looked at the FOR’s activities in the USA in the context of the campaign for civil rights in the 1960s. No history of the IFOR in its global dimensions has been written since the same decade.

More recent literature (since the 1990s) has considered the aspect of ‘new diplomacy’ and civilian/citizen diplomacy. Though the aforementioned publications on the IFOR have pointed out certain assignments it has undertaken in this field, it has not been appreciably understood as a consistent activity, undertaken from its earliest days, and certainly from long before the emergence of the literature on new diplomacy over the last three decades. The present project seeks to understand how IFOR’s role as a civilian/citizen diplomatic actor has shaped the field.

Peter Cousins is a doctoral candidate at the Institute for Peace and Conflict Studies, in the University of Granada, Spain. He holds a B.A. in Modern Languages (Spanish and German) from Merton College, University of Oxford, and a M.A. in Conflict Resolution from the then-Department of Peace Studies, University of Bradford. Peter is a trained and experienced community mediator, and, aside from his activity in this field in the UK, he has worked closely in the context of the Colombian armed conflict, spending a total of six years in the country. There he worked, amongst others, in two different functions with FOR’s international accompaniment project, Peace Presence, and as a field researcher for the University of York’s Security and Protection of Human Rights Defenders at Risk project. Peter is a co-founder of Rodeemos el Diálogo, an Anglo-Colombian initiative to support the recent peace process and subsequent peacebuilding efforts in Colombia, and Medyart, an association founded in Granada in 2019 to bring together the fields of mediation and the arts. Peter enjoys choral singing and is currently a board member of IFOR.

The Foundation acknowledges that Peter Cousins has successfully completed his project.