Vice President of the Board of Directors

Ph.D. in Conflict Analysis and Resolution from Nova Southeastern University

M.A. in Human Geography from the Ludwig-Maximilians-University in Munich, Germany 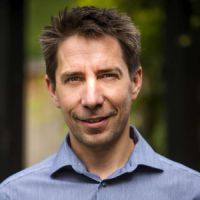 Patrick T. Hiller holds a Ph.D. in Conflict Analysis and Resolution from Nova Southeastern University and a M.A. in Human Geography from the Ludwig-Maximilians-University in Munich, Germany. He is the Executive Director of the War Prevention Initiative by the Jubitz Family Foundation in Portland, OR. He is adjunct instructor at the Conflict Resolution Program at Portland State University. Following an interdisciplinary approach, his work and research interests encompass war and peace, conflict resolution, peace studies, environmental issues, ethnicity, human rights, nationalism, social justice, Mexico, Latin America, social/peace movements, identity formation, culture and conflict and migration. He studied and worked on those topics while living in Germany, Mexico and the United States.

His writings and research are almost exclusively related to the analysis of war and peace and social injustice and, most often in the form of structural violence and power dynamics with an emphasis on human dignity, solidarity among all peoples, equal participation of all peoples, the role of the governments and the promotion of peace. Patrick seeks to contribute to the growth of the still young peace and conflict studies field.

In his free time, Patrick enjoys the outdoors and is a committed triathlete. He lives in Hood River, Oregon with his wife and son.