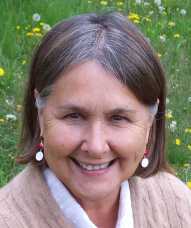 PROBLEM:
In Sri Lanka’s Tamil speaking eastern zone, rice-farming and fishing families caught in the fighting have suffered two decades of violent conflict. Ordinary civilians are caught in the crossfire between the Sri Lankan government’s security forces and the Liberation Tigers of Tamil Eelam. People are being affected by a culture of terror they often describe as “unbearable” or “crushing.” Victims who came forward to testify before South Africa’s Truth and Reconciliation Commission have expressed the notion that speaking to others is perhaps the most fundamental human right. In Sri Lanka, ordinary people have no voice and instead endure many kinds of silences. There is silence, which may ensure protection and safety, as well as the traumatized muteness of intimidation, erasure and loss. “Silencing” and denial are common coping practices widely reported in contexts of violence where there have been large numbers of disappearances and extra judicial executions.

RESEARCH METHODS:
The research will focus on an island in eastern Sri Lanka’s sea of silence: the emotional outpourings at local Amman temples. There are many temples for local goddesses who are addressed as Amman or “Mother.” Four years of ethnographic research have allowed for close examination of the ways in which people draw from local cultural and religious resources, oracular culture, to survive and to heal the injury of the prolonged war. Local people believe that the oracles embody the Amman’s (goddess) power to protect homes from military attacks, to compel children who have fled to write home, and to pressure authorities to release imprisoned relatives. The oracles’ or deity dancer’s empathy for an inclusive community of suffers, to which they also belong, offers commentary on the on-going conflict. They describe their work as painful, an even life-threatening embodied experience in which they have the ability to feel the pain of others.

RESULTS:
A Rockefeller Fellowship will fund the completion of a book manuscript that focuses on the profound work of religious actors inside Sri Lanka’s war zone, including Hindu oracles and Catholic priests, who are responding to the consequences of torture, disappearances, and violations of fundamental human rights based upon ethnic differences. The Internal Peace Research Association Foundation grant will allow additional research to be conducted prior to the start of the fellowship. Intense social suffering will be documented. Civilians have urged the researcher to take on the role of witness to not only the bloodshed but the work of the Hindu trance oracles who care for those who have survived torture, for the victims of sexual violation, for those who are displaced, and for family members whose love ones have disappeared.

The Foundation acknowledges that Dr. Patricia Lawrence has successfully completed her project.