Zimbabwe, the Constitutional Right to Peacefully Protest and the Elimination of Dissenting Voices: An Analysis of Peaceful Approaches to Freedom of Speech 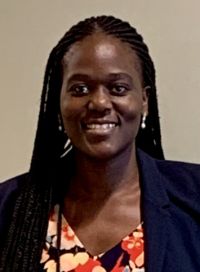 On December 21st, 1979, the Lancaster agreement was signed marking the end of a long and arduous war between Black Zimbabweans and the British white settlers/colonizers. The years of racially oppressive colonial rule were behind Zimbabwe-Rhodesia and an independent Zimbabwe rose on the African continent. On the day of the agreement in Lancaster, Bishop Muzorewa, who was the Prime Minister of Zimbabwe-Rhodesia at the time, stated “The people voted because they had at last secured their inalienable right to do so, in spite of repeated threats by the Patriotic Front to disrupt our elections, to punish and maim our citizens who dared to vote and to execute the democratically elected black leaders of their government.” On July 31st 2018, the people of Zimbabwe entered polling places nationwide, after the ouster of President Robert Mugabe who had been president of the state since 1980. This election was in the hopes of a free and peaceful ZImbabwe; alas, it was not to come to fruition.

In the two years since the election of President Emmerson Dambudzo Mnangagwa, the country has faced unprecedented levels of violence and the continued oppression of dissenting voices by the ruling ZANU-PF regime. The tables, as described by Bishop Muzorewa, have turned. The repeated threats are from the ruling ZANU-PF towards the people of Zimbabwe. The maiming of citizens is not threatened by the ruling minority British white settlers but rather, by the ruling Black political elites who are prepared to execute opposition leaders to keep power. In the past five months, dissenters from different political movements have been punished for peacefully protesting the regime’s actions against the people of Zimbabwe. In May, three female members of the opposition party, the Movement for Democratic Change Alliance (MDC-A), were abducted and brutally sexually assaulted. Their crime, peacefully protesting hunger in Zimbabwe. In July, Jacob Ngarivhume, leader of the Transform Zimbabwe Party, was arrested for planning peaceful protests slated for July 31st 2020. In anticipation of the July 31st peaceful demonstrations, the state, on the 30th of July, unleashed soldiers to clear all the towns. The same soldiers followed up into the high density areas, to abduct known opposition activists. Many are still in custody to this day with many others on the run. Hopewell Chin’ono, a Zimbabwean world renowned journalist, was arrested for exposing high level corruption by some of the first family members and their friends tied to COVID-19 funding to Zimbabwe. He has been denied bail three times since his arrest. Tsitsi Dangarembga, novelist and 2020 Booker Prize nominee, was arrested for peacefully protesting the regime on July 31st 2020.

The question that will be explored by this research project is “How do Zimbabweans exercise their constitutional right to peacefully protest in the face of violent consequences for dissenting voices imposed by the government?” It aims to upend the thought that, to dissent in Zimbabwe, is to die.

Paidamoyo Chikate is a PhD student in Evaluation Studies and Data Analytics in the College of Education and Human Development at the University of Minnesota, Twin Cities. She holds a BA in Gender Studies from the College of Saint Benedict and two masters’ degrees, one in Public Policy and the other in Gender and Transnational Sexuality Studies from the University of Minnesota and Minnesota State University respectively. Her background is in international development and evaluation. She has worked with international organizations in partnership with small scale West African female farmers, youth development in Morocco and mental health access for Syrian women during the Syrian civil war. She has also worked as an evaluator for the United Nations on Sustainable Development Goals 5 AND 6 in Africa. She is a community oriented evaluator who believes that the experiences stakeholders bring can improve programs locally and globally, when listened to and applied.