“Processes of Non-Violence in Latin America” 2002 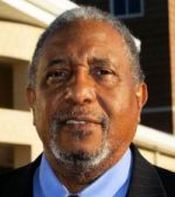 Continuing in a novel way to deal with social and individual conflicts, the Latin American Council of Peace Research (CLAIP, in Spanish), organized with the support of the IPRA Foundation a “Symposium on Nonviolent Conflict Resolution in Indigenous Societies and Minorities” from the 28th to the 31st of March 2004 in Yautepec, Mexico. Notable individuals in attendance were Rigoberta Menchú, Nobel Peace Prize laureate and Rodolfo Stavenhagen, General Relater on Indigenous Issues at UN. With the assistance of numerous volunteers who came from universities, a center of research, local authorities, and international organizations, the conference attracted 500 participants. It was attended by indigenous representatives from all countries of America. The local authorities declared the host city a “City of Peace”.

With the financial support of IPRA Foundation CLAIP was able to produce in 3 months a 526 page collection of papers submitted at this conference. This book, Nonviolent Conflict Resolution in Indigenous Societies and Minorities, describes how Indigenous communities and other minorities have developed efficient ways of preventing violence and processes of socialization that focus conflicts towards nonviolent and creative solutions. The chapters of this book offer alternatives to the Occidental model, where competition and efficiency dominate collective human behavior and where physical and structural violence are integral to the laws of the free-market, reinforced with a judicial system which increases public insecurity. Besides providing models of eradication of poverty, developed by UN and European Community, this book explores essential humanized alternatives, where ethical principles, and communitarian and environmental co-responsibility promote postmodern democracy by consensus. Indigenous communities integrate their knowledge of humanity which guarantees a diverse, just, equal, sustainable communitarian existence that cares for the vulnerable.

Latin America has to bring to the world new ideas. Indigenous societies and other minorities, such as Roma, have different systems of violence prevention and nonviolent conflict resolution. They integrate through education, myth, communitarian participation and other social and family events the global values of their society. Contrary to the occidental criminal justice, which punishes through legal systems and police after a crime has been committed, indigenous people emphasize prevention. However, when somebody commits an illegal act, the community as a whole takes responsibility for it, in order to reestablish social harmony. The fault is understood as a social disruption. The “criminal” requires social support, in order to re-integrate into society. Punishments are complex and have to reestablish the damage done; that means giving back to the community what was destroyed. This procedure helps restore the social tissue of the society affected by the crime. The book explains several mechanisms of indigenous resistance, where the indigenous population has to confront multiple enemies, especially in regions where low intensity warfare, such as Colombia.

The Foundation acknowledges that Bernard Lafayette has successfully completed his project.