Gender, Militarisation and Narratives of Home in Kashmir Valley 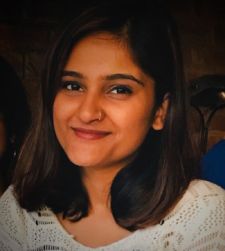 This project aims to develop links between civilian experiences of home and militarisation in Kashmir Valley to understand the ongoing impact of military power. Previous studies on conflict and militarised zones trouble the binary division between home and battlefront to demonstrate that militarisation and violence seep into everyday spaces such as home, which are conventionally understood as ‘private’. While existing research shows that home is no longer safe but riven with gendered and militarised struggles, less is known of how the gendered project of militarisation shapes civilian experiences and ideas of home or the processes, influence and negotiation with military power in this space. This project will explore these interlinks in Kashmir Valley, among the world’s densely militarised zones, to theorise the continual effects of militarisation – and resistance to it. These insights will contribute to transnational peace and feminist literature mapping the processes and impact of militarisation and conflict, and civilian strategies of non-violent, everyday negotiations.

Niharika Pandit is a PhD researcher at the Department of Gender Studies, London School of Economics and Political Science, UK. She holds an MA (Distinction) in Gender Studies as a Felix Scholar from SOAS, University of London and a bachelor’s in Journalism from Sophia College, Mumbai. She is an editorial member of Engenderings blog and has been a youth advisory board member with Index on Censorship, UK. Prior to PhD, Niharika co-researched how violence against women and girls is represented in Indian newspapers with Dr Amanda Gilbertson, University of Melbourne. Her research engages with feminist, postcolonial and critical theory and lies at the intersection(s) of gender, military occupation, space and representation. She has worked as a research and development practitioner in India.

The Foundation acknowledges that Niharika Pandit has successfully completed her project.