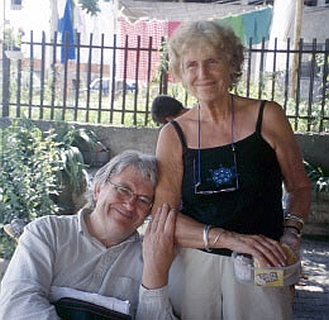 PROBLEM: More than ever, hostile countries that share borders are finding common ground in working together to save their environments. Environmental problems that cross borders have been associated with increased tensions between nations. Their efforts are called environmental peacemaking “Peace parks” have been created in transboundary areas. According to the World Commission on Protected Areas in 1988 there were 59 parks and in 2001 the number had more than doubled to169 in 113 countries Cross border trekking through the Balkan mountains of Kosovo, Montenegro and Albania was a pilot scheme to see how to manage eco-tourism in a region where it is not already set up and especially wit a view to giving a sustainable living to the people of the region who have suffered both politically and from war, Many people have already migrated due to the lack of employment. It is hoped that the peace park effort will stem the migration flow.

RESEARCH METHODS: A 12 day trek took place through borders of Kosovo, Montenegro and Albania. 36 people representing 8 nationalities participated in the trek, ranging in age from 19 to 67. Some did not participate in all parts of trek. Not counted were the guides, community people who would join along the way. Participants were expected to carry their own packs, but that did not include sleeping and cooking equipment. Various communities were visited during the trek. One walk that ended in the valley of Thethi took 18 hours. Valleys and mountains were traversed.

RESULTS: In July of 2003 a conference was held in Shkodra, Albania to clarify the vision of the Peace Park, to examine the obstacles that might hinder its implementation, and to specify the steps necessary to further its development. The aims are to protect the magnificent mountain regions, promote peace and stability, and prevent further migration from these rural areas by providing employment for local communities which have suffered from conflict, war and bloodfeuds. There is a great deal of work yet to be done but the opportunities are endless with financial benefits to the local communities. The 12 day trek brought $15,000 to the communities.

The Foundation acknowledges that Nigel Young has successfully completed his project.