Insurgent Peace: An Ethnography of Peacemaking Among Indigenous Peoples in Sagada, Philippines 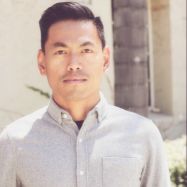 In a global era when states no longer monopolize the means of violence, how do people make peace amidst endless wars between state and non-state armed actors? From the peace community of San Jose de Apartado in Colombia to the Kurdish peace village of Hakkari in Turkey, civilian communities have been taking the initiative to make peace amid prolonged armed conflict. In the Philippines, indigenous peoples of Sagada declared their community as a peace zone in 1988 following conflict-related deaths of three children and demanded for the pull out of the military and the New People’s Army (NPA), a rebel group waging the world’s longest Maoist revolution, from their community.

Existing research on community-led peace zones identifies the peace zone in Sagada as a pioneering initiative; a “best practice” model for other countries. For 25 years, the indigenous community of Sagada has effectively refused military and rebel presence, preventing conflict-related civilian deaths and involuntary migration. This research seeks to understand:

*  What kind of work is required from civilian communities in making peace beyond the purview of the state?
*  How does the indigenous community of Sagada maintain the peace zone amid decades of active armed conflict?
*  How does the community navigate competing structures of power of state and non-state actors in attenuating the impact of the conflict?
*  What histories, experiences, values, and norms does the community draw from to maintain the peace zone?

At stake in this project is a re-conceptualization of peace beyond its dominant definition as the absence of violence, and peacebuilding as a state-driven and technical project of conflict transformation or post-conflict reconstruction. My preliminary research in Sagada reveals that peace and peacebuilding also rely upon the daily, complex, and inventive work of civilian communities entangled in ongoing armed conflict. Rather than taking for granted the work that civilian communities do in making peace, this project investigates how they imagine, enact and maintain peace amidst an endless war. In this project, I use the term “insurgent peace” to foreground a renewed understanding of peace as socio-spatial struggles through which civilian populations collectively refuse war and violence, assert their right to self-organization and local governance within and sometimes against state and non-state actors, and protect their own lives.

Governments, transnational institutions, and civil society organizations around the world today are grappling with how best to prevent civilian deaths and involuntary migration caused by active armed conflict. In 2015, the annual civilian death toll in the world caused by armed conflicts marked the highest number of estimated civilian fatalities since the end of the Cold War. Over 125,000 estimated civilian deaths due to wars monitored by the Uppsala Conflict Data Program in 2014 alone have exceeded the highest count since the Rwandan genocide in 1994. Meanwhile, the number of internally displaced people worldwide has reached over 60 million. For the first time since the wars in Bosnia and Herzegovina in 1992, the number of refugees, asylum-seekers and people forced to flee from their communities to seek safety elsewhere have now surpassed the 20 million threshold as recorded by the United Nations (UN). This critical juncture renders Sagada, Philippines an important site to ethnographically investigate the work that civilian communities do in making peace. Further, an on-the-ground ethnographic study of how civilian communities can protect their own lives contributes to a renewed understanding of peace and peacebuilding that is crucial and relevant to the emergent geopolitical conditions of our time and to our common desire for peaceful futures.