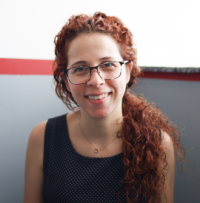 The project is concerned with the Committee on Missing Persons (CMP) in Cyprus, whose mandate is to locate the remains of those who went missing during the violence of the 1960s and 1970s on the island.

The objective of the project is to assess – at a deeper level and from an insider’s perspective – the success of the CMP. In turn, this will help identify the conditions that must exist and the steps that should be adopted, for an institution like the CMP to become an effective peacebuilding tool. Such insights can provide invaluable lessons for both Cyprus and other frozen and post-conflict societies that face challenges relating to missing persons.

In order to achieve this objective, the research will engage in an interdisciplinary analysis of the following sets of research questions:

Research Question 1: What are the CMP’s mandate and procedures? What laws and processes allow it to operate and achieve results? What is the impact of these on the CMP’s peacebuilding potential?

Research Question 2: How does the CMP communicate with, and what is its message to, missing persons’ families? Are the relatives getting what they were expecting from their contact with the CMP, or are they are ultimately disappointed by the experience?

Research Question 3: How does the CMP communicate with the general public, if at all, and what is the message it is sending? Is this the right message? Should the communication be ongoing throughout the Committee’s operations, or take place at the end of the process?

Nasia Hadjigeorgiou Bio
Dr. Hadjigeorgiou is currently an Assistant Professor in Human Rights and Transitional Justice at the University of Central Lancashire (Cyprus campus).  She holds an LLB with First Class Honours from University College London (2006-2009), an LLM from the University of Cambridge (2009-2010) and a Ph.D from King's College London (2011-2015).  Her monograph, published by Hart Publishing in 2020, is entitled 'Protecting Human Rights and Building Peace in Post-violence Societies: An Underexplored Relationship' and focuses on the protection of human rights in Cyprus, Bosnia and Herzegovina, North Ireland and South Africa.  Dr. Hadjigeorgiou has been awarded the Graduate School Studentship from King's College London (2011-2014), the Leventis Scholarship for academic excellence and research potential (2012-2014) and the Cyprus State Scholarship for academic excellence (2009-2010).  She has been the editor of an edited book entitled 'Identity, Belonging and Human Rights' (Brill, 2019) and has published a range of peer-reviewed articles and book chapters in the area of human rights in Cyprus and elsewhere, both in Greek and English.  Moreover, she has acted as a reviewer in several peer-reviewed journals focusing on the protection of human rights and transitional justice and is on the editorial boards of the International Journal of Human Rights and The Interdisciplinary Journal of Populism.  Finally, she has presented at conferences at the Universities of Oxford, Cambridge, the London School of Economics, King's College London, Nottingham, Haifa, Tel-Aviv, Copenhagen, Cyprus and Ghent. 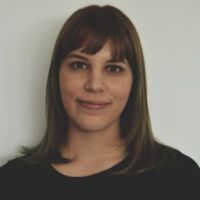 Fezile holds an LLB degree from the University of Kent and a Human Rights Law (LLM) degree from Istanbul Bilgi University.  She has been working and volunteering in various human rights organizations including Turkish Cypriot Human Rights Foundation, Queer Cyprus Association and Refugee Rights Association in the northern part of Cyprus.  Her main areas of interest are women's rights, refugee law, human trafficking and international humanitarian law.  She worked as a legal advisor in the "Strengthening Asylum in Cyprus" project in partnership with SOS Children's Village and the United Nations High Commissioner for Refugees (UNHCR), and currently works as a project coordinator in the EU funded Coordinated Measures and Mechanisms for Anti-Trafficking (COMMIT) Project in the Refugee Rights Association in the northern part of Cyprus.

Co-Investigator - Tasos Andreou
Tasos is currently an undergraduate law student at the University of Central Lancashire in Cyprus, expected to graduate in 2021, with a First-Class 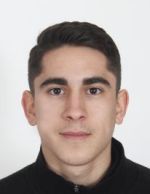 Honours Degree.  He is Greek Cypriot residing in Larnaca with a family background of a displaced father born, but not raised, in Makrasyka, Famagusta.  He graduated from the American Academy Larnaca in 2017.  Tasos has been active since joining the University, serving as the Director of the Humanitarian Aid Program, a student initiative aiming at raising awareness and contributing to a better integrated and prosperous society, as well as being the student voice providing support to his fellow classmates.  He has been consecutively awarded with the 'Highest Achieving Student' prize for both year 1 and 2 of his undergraduate studies and has also been selected as one of the three students that won an essay competition for a trip to Auschwitz.  He is planning on pursuing a career in law and politics.

The Foundation acknowledges that Nasia Hadjigeorgiou and her team have successfully completed their project.