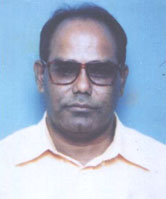 PROBLEM: The Chittagong Hill Tracts (CHT) in Southeast Bangladesh are a mountainous region consisting of various indigenous people from 13 main tribes, most of whom practice Buddhist, Hindu, Christian or Animist traditions and traditional agriculture for their survival. This area is nowhere near as densely populated as the rest of Bangladesh, which is one of the most densely populated regions of the world. Over time Bengalis from the more populous areas of Bangladesh have been migrating to CHT.

During the 1947 partition of Indian CHT was placed in East Pakistan (now Bangladesh). Under the military rulers in East Pakistan the indigenous police force was disbanded and large numbers of Bengali families (Muslims) were settled in the CHT. A hydroelectric project displaced many of the indigenous people and Bengalies got employment in new industries. From 1980 the government of Bangladesh started resettling thousands of Bengalis from the flood plains in the Chittagong hill tracts-CHT to outnumber, occupy & colonize the indigenous hill people.

When East Pakistan became Bangladesh, the new constitution did not recognize the existence of indigenous CHT people and made no mention of the autonomous status of CHT. Moreover, the military governments tried to silence the demands for autonomy and rights of the hill people militarily. In the face of continuous atrocities by the military & the Bengali settlers, at one stage the CHT people stood against it in order to defend themselves. They created a people’s army, Shantibahini, that started to counterattack the oppression of the government and the aggression of the Bengali settlers.

RESEARCH METHODS: This research project is a historical study of the conflict in Chittagong Hill tracts. It describes a peace treaty adopted in 1996 between the government of Bangladesh and the CHT and the limitations of that treaty.

RESULTS: The full report contains a history of the area, the specifics of the peace treaty, and an evaluation of the strengths and weaknesses of the peace treaty. Part of this treaty established a land commission to settle age old disputes on land. The government has stalled in implementing the peace accords. This report recommends 24 steps to achieve the peace treaty that include joint decision making processes of elected officials from the different groups involved in the conflict.