Brewing Peace in the Hills of Africa: Post-conflict Institutions in Comparison 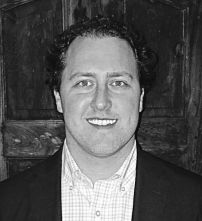 In 1993-1994, both Burundi and Rwanda erupted in ethnic-based genocides. In Rwanda, over the course of three and a half months, the conflict claimed the lives of hundreds of thousands of ethnic Tutsis. In Burundi, acts of genocide and mass violence were prompted by two presidential assassinations and multiple coups as ethnic conflict ignited the nation in a decade-long civil war. In the two decades since this mass violence in each country, Rwanda has enjoyed sustained economic prosperity and political stability while Burundi has suffered from economic stagnation and persistent social and political instability.

These cases demonstrate various degrees of post-conflict peace and economic development in ethnically fragmented societies. The unique similarities shared by Burundi and Rwanda in terms of colonial history, resource endowment, and ethnic makeup form the foundation of this study as a natural experiment to examine the effectiveness of differing post-conflict institutional reforms. Yet, common features like culture, development history, and pre-conflict wealth fail to explain the different degrees of success these nations have had in the aftermath of ethnic conflict. Instead, it is through post-conflict institutional reforms that development trajectories were forged. This assertion informs the guiding research question for this work, which is: What political institutional reforms are conducive to peace and economic growth in post-conflict societies?

The Foundation acknowledges that Michael E. Jones has successfully completed his project.