Democratic Republic of Congo: Between Hope and Despair 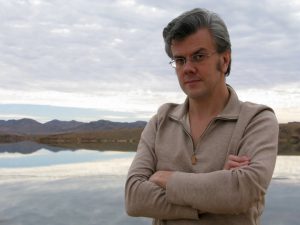 Michael Deibert’s Democratic Republic of Congo: Between Hope and Despair, will be published as part of Zed Books’ African Arguments series in late 2012 in cooperation with the Royal African Society, the International African Institute, the Social Science Research Council and Justice Africa.

Michael’s book will examine the forces that have contributed to the last decade and a half of violence in Congo, and the nature of the system of government that is being put in place in the country today. Thanks to the IPRA Foundation’s support of Michael’s research in Central Africa, Democratic Republic of Congo: Between Hope and Despair will provide to both the expert and the lay reader an accessible history of some of the major themes that have run through the country’s recent political life.? It will closely examine the Congolese state as it exists now under the rule of President Joseph Kabila, and how that state was shaped by the long-term involvement of the United States and Europe in supporting and arming many of the belligerents in Congo’s conflicts, the ongoing murky role played by foreign interests in exporting mineral resources linked to the country’s continuing instability and Congo’s own tortuous political and ethnic legacies.

Michael’s previous book, Notes from the Last Testament: The Struggle for Haiti (Seven Stories Press, 2005), was praised by the Miami Herald as “a powerfully documented exposé” and by the San Antonio Express-News as “a compelling mix of reportage, memoir and social criticism.” His writing has appeared in the Washington Post, the Wall Street Journal, the Guardian, the Miami Herald, Le Monde diplomatique, Folha de Sao Paulo and the World Policy Journal, among other publications. He has been a featured commentator on international affairs for the BBC, Channel 4, Al Jazeera, National Public Radio, WNYC New York Public Radio and KPFK Pacifica Radio.

In his role as a Visiting Fellow at the Centre for Peace and Reconciliation Studies at Coventry University, which promotes processes of reconciliation by non-violent means at all levels throughout the world, Michael aids the Centre in its mission to increase and sustain dialogue on international peacebuliding and development issues, with a particular focus on Africa and Latin America.

Michael’s blog can be read at http://www.michaeldeibert.blogspot.com/ and he can be followed on Twitter at @michaelcdeibert.