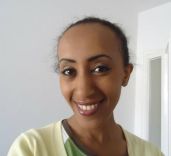 The long history of Ethiopia’s robust religious pluralism and peaceful co-existence has been noted by various scholars (Braukämper 2004). According to Levine (1974), Ethiopia’s religious traditions have at least two distinguishing features: first, Ethiopia received three World Religions - Judaism, Christianity, and Islam- at a very early point. Second, these religions grew side by side, intertwined in many ways, and existed in a very tolerant atmosphere. The country  has  often been labeled as a model of religious tolerance despite occasional persecutions of followers of other religions than the Ethiopian Orthodox Church (EOC) which had occupied a privileged status as a state religion up until the 1974 revolution. Socio-political assimilation within the Ethiopian polity by Ethiopian Orthodox Church has also generated a sense of national belonging among the various religious groups (Taddesse 1972; Bahiru 2001). Syncretic religious practices in rural areas, particularly at the interface between Sufi Islam and Orthodox Christianity (coalesced in the common belief in the intercessory power of holy men), has also enhanced peaceful co-existence among the religious groups (Meron 2012).

Following the restructuring of the Ethiopian state in the form of ethnic federalism since 1991, however, we have witnessed the hardening of inter-religious boundaries and the rise of violent inter-faith conflicts I different parts of the country. This is expressed in the form of growing militant reformist movements; numerous instances of Christian-Muslim conflicts in different regional states of the federal; the trend towards territorialisation of religious identity; the fierce competition to dominate Ethiopia’s religious landscape and ill-conceived comparative religion even within the religious groups, and the desacralisation and destruction of houses of worship. In some regions political dissent has also had a religious expression where rebel groups assume religious profiles. The sectarian violence within the Muslim community in the early 1990s (the Sufi-Salafi divide), which includes the killing of twelve well known religious leaders in the Anwar Mosque in Addis Ababa; the militancy of the religio-political organizations such as the Islamic Front for the Liberation of Oromia (IFLO) and the Al-Ittihad Al Islami, a transnational Islamic political organization based in the neighboring Somalia, in the 1990s (Shinn 2005); the periodic confrontations between Orthodox Christians and Protestants, particularly in the southern part of the country; the 2006 deadly Muslim-Christian conflicts in western (Jimma) and north central part of the country (Kemisse) resulted in the death of hundreds  as well as the burning of many Churches and Mosques. The 2011 wave of attacks on places of worship and related killings in various parts of the country have further brought into light the country’s religious fault lines and the implication of this to the very survival of the nation. The confrontation between the government and members of the Muslim community since the Summer of 2011 on issues related to the government’s violation of own secular constitution, expressed in the form of its growing interference in religious affairs, has further compounded the simmering religious tension leading to the violent conflict between Muslims and the federal national security forces on July 15, 2012.

The challenge posed by the rising religious conflicts is recognized not only by religious leaders and believers but also by scholars. As Dr Zaki Abdullahi Sherif, Chairman of the US-based Badr-Ethiopia Muslim Organization noted in 2007, ‘the recent religious conflicts are minor hiccups. But all major hiccups spring up from minor hiccups. We have to address this issue at the root level at this time. We should not wait until it becomes humongous for us to tackle. If it becomes cancerous and if it has metastasized, it might spread to all regions and engulf the country at large’. Likewise, Professor Bahru Zewde, the leading Ethiopian historian, surmised in 2008: ‘in the religious sphere, the great challenge is fostering a culture of mutual tolerance. This is a matter of national survival, for the alternative is a clash of fundamentalism that make the class struggle and ethnic clashes of the past Child’s play’. Despite the growing religious conflicts the Ethiopian government has responded to the challenge either in the form of denial or externalizing the causes of the conflict as if they were merely instigated by “hostile” neighbors or the manifestation of the global trend towards religious fundamentalism. Some works however have indicated that in fact the government’s own religious policy is part of the problematic (Dereje 2011).

The proposed study seeks to understand the causes and nature of religious conflicts in post 1991 Ethiopia and the implication of this to regional stability. As many scholars noted, the Horn of Africa is one of the most conflict-ridden parts of Africa which is intimately connected with the failed states phenomena (Abdisaid 2008). Although certain general hypothesis can be drawn about drivers of the conflict this study emphasizes that an understanding of local historical and political contexts is crucial in order to get a comprehensive understanding of religious conflicts and how this relates to economic and political processes. The aim of this study is to analyze the specific situation in Ethiopia, in order both to understand underlying causes of the religious conflicts and their manifestations, as well as make scientifically grounded recommendations for appropriate and effective interventions to contain the violence and transformation of the conflict. The study thus seeks to find out what factors directly and indirectly contribute to the rise of violent religious conflicts in a country otherwise well known for religious peaceful co-existence. The study will also situate local and national religious conflicts within an international context, the geopolitics. A particular interest in the international dimension of the religious conflicts is Ethiopia’s proximity to the volatile Middle East and its participation in the global war on terror as a major regional power. The rise of political Islam in the Horn of Africa, particularly in the neighboring stateless Somalia, will be referred to while analyzing the proliferation of interfaith conflicts in contemporary Ethiopia.