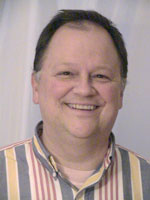 PROBLEM: The Nonviolent Peaceforce grant was designed to help fund exploratory research that would examine three potential conflict sites as locations for activities of a “brigado humanitano”, a humanitarian and ecological guard. The Nonviolent Peaceforce was founded in 1999 at the Hague Appeal for Peace. Its mission is to facilitate the creation of a trained, international, civilian nonviolent peace force. The peace force will be sent to conflict areas to prevent death and destruction, and protect human rights, thus creating the space for local groups to struggle nonviolently, enter into dialogue, and seek peaceful resolution led by an international steering committee.

In 2001 and early 2002, Nonviolent Peaceforce staff and consultants visited over 30 countries worldwide—including 15 areas of violent conflict. Following those visits, the Nonviolent Peaceforce received 13 requests for action from people working and living in areas of armed conflict. The International Steering Committee narrowed the requests to Colombia, Israel/Palestine and Sri Lanka.

RESEARCH METHODS: Multi-national research teams conducted on site, follow-up research in the three areas of conflict, Colombia, Israel/Palestine and Sri Lanka. The teams assessed the conflict and determined the role that the Nonviolent Peaceforce could play in each area. The teams surveyed and analyzed existing publications, interviewed key groups, and interviewed individuals and organizations to determine the criteria for the pilot selection and to assess the conditions for a successful larger-scale civilian mission.

RESULTS: The results of the research were presented in a report at the November 2002 International Convening Event held outside of Delhi, India. The 130 international delegates narrowly picked Sri Lanka as the pilot site for 2003. Since the Convening Event, an Oxford trained United Kingdom citizen has been hired as the project director. The first team of international team peace force members has been trained. Fundraising efforts have been undertaken and a partnership formed with two local groups.

The Foundation acknowledges that Mel Duncan has successfully completed his project.

This website uses cookies to improve your experience while you navigate through the website. Out of these, the cookies that are categorized as necessary are stored on your browser as they are essential for the working of basic functionalities of the website. We also use third-party cookies that help us analyze and understand how you use this website. These cookies will be stored in your browser only with your consent. You also have the option to opt-out of these cookies. But opting out of some of these cookies may affect your browsing experience.
Necessary Always Enabled
Necessary cookies are absolutely essential for the website to function properly. This category only includes cookies that ensures basic functionalities and security features of the website. These cookies do not store any personal information.
Non-necessary
Any cookies that may not be particularly necessary for the website to function and is used specifically to collect user personal data via analytics, ads, other embedded contents are termed as non-necessary cookies. It is mandatory to procure user consent prior to running these cookies on your website.
SAVE & ACCEPT
Peace Research Grant Applications are now open and will close August 31, 2022