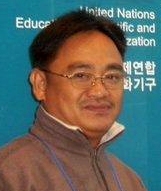 Background and Rationale:
The dawn of the 21th century is aptly described as reign of knowledge era or information age. The social transformation and challenges brought about by this changes Is unpredictable and immeasurable. A paradigm shift is a response commonly echoed by social tranformistionist. As global competitiveness becoming steep, those who have knowledge is in control and empowered. A functional knowledge and right information necessitates in empowering societies and communities that would mold and shape the shared vision and democratization to prosper. Anchored on the concept of parallel and shared leadership, any desired social change must be tuned to shared responsibility and commitment. Envisaged of the current initiative in resolving the violent conflict Mindanao, the peace agenda have to be repositioned, rethink and reengineered in the light of the global phenomenon and local realities on the ground. The argument described in the proponents’ paper read in IPRA Calgary Conference in 2006 proven later when renewed hostilities ensued in 2008 between MILF and AFP that led to the impasse of the peace negotiation. The controversial Memorandum of Agreement was nullified by the Supreme Court upon the petition leading Mindanao Leader s like (Gov. Pinol and Mayor Lobregat). Thus proves that the aborted MOA was not shared, more or less, not widely explained and disseminated to various stakeholders and players in the Mindanao Conflict. The social distance component of the Mindanao Problem seems neglected. The perceptual root of conflict was not properly addressed as shown in the Christians public outcry and media hype on the aborted MO-AD. Aggravated by the spate of bombings in the various cities in Mindanao from 2001-2007, the barbaric activities of the Abusayyaf group , human rights violation continuously perpetrated by government forces against Muslims, the national political crisis, the 9-11 fiasco and global war on terror, the impact to social distance relation of various ethno-religious groups which have a long history of schism and animosity could have been aggravated further. Thus calls for an evaluation of social distance study in order to evaluate its impact and be able to propose some innovation for its resolution to be part of the International contact group.

OBJECTIVES:
1. Evaluate the state of Social Distance between and among communities in selected conflict areas.
a. To solicit grassroots perspective in addressing stereotype and cultural gaps in bridging ethno –religious culture.
b. To determine fanatical movements, personalities and religious teaching that breeds social tensions and schism.
c. To solicit grassroots agenda in containing religious extremism and terroristic related activities.
2. To review and evaluate the public perception on the activities of International Monitoring team (IMT) as an input to the International Contact Group (ICG).
a. To solicit community based perception and expectation from the international Contact Group.
b. To promote acceptability of ICG and provide community based assistance to enhance peace facilitation.
3. To form e-Peace Guards in facilitating confidence building measures towards a sustained peace agenda.
a. To promote the peace agreements between GRP-MILF as a shared vision for peace in Mindanao.
b. To disseminate peace information and create an e-peace community in strengthening the technical skills in Information technology thru dispersal of computer and facilitate wireless internet access in selected conflict affected areas.
4. To gather themes and activities in bridging social relation by institutionalizing social harmony day to address the psycho-social component of peace agenda.
5. To optimize the role of ICG in Peace building to include in bridging awareness for social distance and religious tolerance and mutual respect in the spirit of multiculturalism.
6. To explore avenues towards IPRA engagement in the International Contact Group in line with IPRA Mission.