Understanding violence and death spaces: an ethnographic reading of peace on the aftermath of the Peruvian Armed Conflict 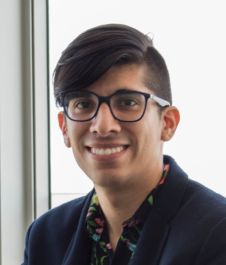 This research aims to understand from an ethnographic perspective the process of reconfiguration of communal Andean territories affected by armed violence between 1980 and 2000 in the context of the Peruvian post-conflict. This project will be developed in Ayacucho, the region with the highest number of fatalities and where certain provinces continue under a state of emergency nowadays. Also, Ayacucho historically constitutes one of the poorest regions of the country, which allowed the profile of poverty in Peru and that of war victims to overlap. In that sense, the population affected by violence had as common characteristics the situation of vulnerability in which they were, the use of an indigenous mother tongue, Quechua, and its link with the land and agricultural work. These characteristics perpetuate the condition of victim and revictimization of people, especially in the rural world.

The work is planned as exploratory research of qualitative-ethnographic methodology with a key component on fieldwork. It is also based on a rights-based approach that allows recognizing and respecting the dignity of people from their diversity.  Intercultural and gender perspectives will be included to identify the special impact of violence and death on women and indigenous people and their relationship with their territories. In addition, the project will follow principles for decolonial research such as respect and affection for the people, commitment and co-creation at work, vindication of knowledge, and reflexivity to avoid stereotypes and respect and incorporate local knowledge.

The dissemination of results will focus on the production of relevant knowledge about the armed conflict and its impact in social change and physical spaces for different actors: specialists in the field, local community actors and members of civil society. Also, it will contribute to the discussion about transitional justice policies. Therefore, the project proposes to work directly with the affected communities but also with the victims' organizations in Ayacucho. On the other hand, it is also expected to have an impact on officials and decision makers in the Government who work in the peace and post-conflict process such as the members of the General Directorate for the Search for Disappeared Persons. A paper will be written with the main findings aimed at specialists and academics as well as a dissemination article aimed at the non-specialist public. We will also work with the selected communities in the preparation of a final document that visualizes the results of the research as a return mechanism so that the research experience and findings are appropriate by the communities. On the other hand, it is planned to develop two events that will allow for a broad discussion and visibility of the problem. A workshop will be organized where actors from civil society, the Government, and the academy can contribute to the peace-building process in the post-conflict context in Peru. Finally, another workshop is planned at Ayacucho region's public university to enrich the regional debate as well as motivate the interest of students in violence, war and terrorism studies and their importance in the current context including the voices of the communities that participate in the research.

Mario R. Cepeda Caceres has a master's degree in Anthropology from the Pontifica Universidad Catolica del Peru (PUCP) and a bachelor in Anthropology from the same university. He specializes in topics related to memory and transitional justice and its links with education and intercultural relations, Peruvian internal and armed conflict, with emphasis on missing persons and their families, and rights of indigenous peoples, especially Amazonian indigenous participation.  He is currently a lecturer at PUCP's Department of Social Sciences, coordinator of the Lives in Dignity project of the Instituto de Democracia y Derechos Humanos de la Pontifica Universidad Catolica del Peru (IDEHPUCP), and member of the Interdisciplinary Group on Memory and Democracy. Previously he has been coordinator of the Research and Advocacy Area of the Center for Sociological, Economic, Political and Anthropological Research (CISEPA) of the same university. In addition, he has been part of the Peru Section's Executive Committee at the Latin American Studies Association between 2018 and 2022.