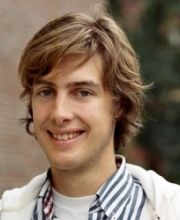 Success of state policies such as raising taxes or maintaining peace is determined by formal enforcement as well as norms that prescribe that obeying the government is a good thing to do. Does a well-functioning government actively influence these norms? And are norms of obedience something we should desire?

A state that has enough capacity to uphold peace, provide public goods and protect property rights is seen as essential for the development process (World Bank, 2004). Indeed, the absence of a strong state is one of the main drivers of civil violence (Fearon & Laitin, 2003). It is therefore no coincidence that the UN places state legitimacy, the extent to which the state is obeyed in absence of formal enforcement, at the heart of their peace building efforts (UNSC, 2001). Indeed, legitimation of state authority is the “primary challenge facing peacebuilding efforts today” (Talentino, 2007,  p. 167).  The aim of my research is to statistically uncover the effect of a well-functioning state on preferences of people. Are people who live in a strong state more trusting, altruistic or obedient?

This study is aimed at collecting a dataset at the level of the individual, recording data on measures of trust, altruism and obedience towards the state and relating these to the strength of the local state as well as the intensity of the genocide. Obtaining this data allows for answering my main questions: does a well-functioning state causally affect attitudes/preferences?

An affirmative answer to the first question has several important implications. First, it shows that a strong state actually influences people’s preferences. Second, these results would be the first to show how an administrative phenomenon such as state capacity relates to responses at a personal level. This is an important missing link in work that, for instance, relates state capacity to tax rates or property rights security (Besley & Persson, 2009, 2011).

The research strategy revolves around collecting data on attitudes and preferences in villages located in administrative sectors that have a) different state capacity and b) different intensities of violence in the 1994 genocide.

The data collection strategy’s main aim is replicability. I intend to administer a short standardized survey recording demographic statistics and some questions specific to Rwanda, such as whether participants have contributed to the government sovereign wealth fund (the Agaciro  fund) or have participated in community service (umuganda). The main part of the data collection effort will, however, be a series of behavioural games in economics jargon, that measure altruism towards several different groups in society, trust and obedience. I will carefully select villages based on those I identified as being located in high state capacity areas vs. those in low state capacity areas in Heldring (2014). That is, I will randomly choose villages, and then randomly choose subjects, but the villages will be in larger areas (sectors) which have different capacity.

As an alternative strategy, I exploit the substantial heterogeneity in local state capacity in Rwanda. Map 4 below shows that there is discontinuity in state capacity running through the middle of the country from North to South. This is the Nyabarongo river, which was an impediment to expansion for the precolonial kingdom but is widely crossed today. I would therefore like to use this river as a discontinuity in assignment of state capacity and select villages relatively close to the river, but on different sides.

Game 3: the repeated public goods game. This game measure obedience. Players are asked to contribute to a pot of money which is, once all contributions are made split between the people. The experimenters augment each contribution so that there is an incentive to participate, but only if all other people participate. This game is repeated several times so that players learn the other’s contributions.

An important concern when measuring behaviour outside a laboratory setting is causality. Many factors may be influencing the measures the research collects and we can therefore erroneously interpret a mere correlation as a causal effect. I use two approaches to be able to interpret my results as causal.

Third, I will specifically select a set of precolonial districts lying on both sides of the Akanyaru river. The expansion of the precolonial Rwandan kingdom, which I use as my measure of local state capacity, halted at the Western bank of the river for about one hundred years. This permits the use of a regression discontinuity design. This type of tool for causal inference uses a seemingly random discontinuity in assignment of a treatment to identify the effect of this treatment, comparing people close to the one side of the river to people close to the other side. An underlying assumption for this strategy to be valid is possible confounding factors vary smoothly at the discontinuity. This is in case of a river not automatically guaranteed. Therefore, in the initial stage of the fieldwork, I will systematically investigate the extent to which the Akanyaru river is a barrier to economic activity.

Talentino, Andrea Kathryn (2007). “Perceptions of Peacebuilding: The Dynamic of Imposer and Imposed Upon.” International Studies Perspectives 8(2): 152–71.

Verwimp, P. (2013). Peasants in Power, The Political Economy of Development and Genocide in Rwanda. Springer.

The Foundation acknowledges that Leander Heldring has successfully completed his project.