Perceptions of Conflict and Pathways to Peace: Understanding Incident Framing in Jos, Nigeria 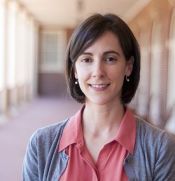 This study looks at the role of identity in shaping inter-group attitudes and incentives for violence, particularly in cases of overlapping ethnic identities such as religion and tribe. In communities where ethnic violence divides groups by both religious and tribal affiliation, how does the particular “ethnic” characterization of the conflict affect how community members perceive their ethnic counterparts, the root causes of the crises, and possibilities for peace?

These are unanswered questions. Scholarly studies of ethnic conflict tend to lump different categories of ethnic identity – race, religion, tribe, caste, and language – into the same ethnic designation, ignoring the role of different types of ethnic identities in either motivating or constraining communal violence. This fusion makes it impossible to tell how individuals’ perceptions of conflict as one type of ethnic cleavage or another may shape their attitudes towards violence or peace.

To address these research questions, this study uses a survey experiment to measure how underlying perceptions of tribal and religious identification affect how individuals process information about violence, particularly when the causes or perpetrators of the violence are ambiguous (as is often the case). The research is being conducted in Jos, Nigeria – a city of about one million people – during the summer of 2016. Jos has experienced many incidents of ethnic violence during the past 15 years between Christian indigenous tribal groups and the Muslim non-indigenous Hausa-Fulani population. In light of the overlapping religious and tribal cleavages of past communal violence, Jos is therefore an ideal setting in which to assess whether the label attached to a case of communal violence can significantly affect subjects’ perceptions – there are significant potential cleavages along multiple dimensions of identity, and there have been significant cases of violence between inter-ethnic groups.

We expect that the construction of an ethnic conflict as religious or tribal will call-up a divergent pattern of perceptions and attitudes regarding the root causes of conflict, the solutions, and attitudes towards interaction with those on the other side of similar conflicts in their own community. In particular, we are interested in how the internalization of a conflict as religious or tribal shapes understandings of and attitudes toward communal violence. Given the hypotheses, the survey experiment is designed to distinguish between perceptions of tribal and religious identity in how residents perceive the causes of conflict, religious and tribal actors and leaders, and prospects of future violence and peace.

In sum, this project disaggregates ethnic identities in order to improve our understanding of the ways in which perception, identity, and group cleavages interrelate. Local debates among communities about how to specifically label ethnic conflict where it may be characterized by more than one possible ethnic cleavage are not mere exercises in semantics, and the consequences of failing to understand these differences are potentially severe. It is deeply problematic to treat all ethnic conflicts as one and the same, as such myopia undermines otherwise promising peacebuilding efforts. Further, this scholarly lacuna is of real-world interest, with implications extending beyond Nigeria. Since the 1990s “ethnic divisions have replaced the cold war as the world’s most serious source of violent conflict” (Lijphart 2002, 37). In short, the project will be a significant contribution to the field and relevant to both scholars and practitioners alike, generating new impetus for further exploring the relationship between ethnic violence and identity.

* Note: The research is being conducted in affiliation with the University of Jos and its Centre for Conflict Management and Peace Studies, the Department of Political Science, and the Department of General and Applied Psychology.