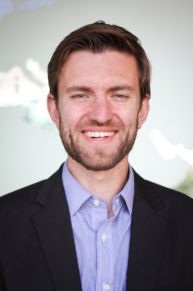 The main outcome of interest of the study is communal violence participation at the individual level. Since revealing a preference for participation in violence or even support for such violence is risky for the respondent, a survey technique from social psychology – the list experiment – is used to assess aggregate preferences without directly asking respondents about their preferences. Respondents are randomly assigned into two groups. Both are asked a question or given a scenario and then given a list of three to five items and asked to tell enumerators how many of the items they find acceptable. The ‘control’ group is given a list of non-sensitive choices, while the ‘treatment’ group is given the same list and an additional response representing the sensitive choice. A simple difference of means returns a confidence interval of the percent of respondents supporting the sensitive choice. Because respondents are only asked to reveal a number of preferred choices, their true answer will, in all likelihood, be masked by the plausibility that they chose another option. A similar design, looking at participation in civil conflict, rather than communal violence, was successfully implemented by the author in Lebanon for a survey conducted between March and May of 2014.

The remaining questions on the survey will be utilized to assess the strength of respondents’ affinity to their ethnic group, both on its own and relative to their identity with the Kyrgyz Republic as a country, their exposure to elite patronage networks, their feelings of fraternal deprivation relative to other ethnic groups, their sense of personal security and their support for nationalist politicians from their ethnic group. Each of these questions reflect competing explanations for individual participation in communal violence, which range from elite connections and incitement, insecurity, feelings of deprivation relative to the targeted group and strength of bonds to the idea of the group, as a whole.

I fielded this survey in Batken, Osh and Jalal-abad oblasts and Osh city in May and June of 2017, sampling 1,000 individuals over the age of 18, stratified across the two major ethnic groups in the region: Kyrgyz and Uzbeks, and utilizing enumerators from both Uzbek and Kyrgyz communities. Findings from the survey reveal support for politicians has little effect on latent societal preference for violence and that insecurity is conditional on the presence of ethnocentric rhetoric in a community. The survey also finds perceived relative deprivation and network density independently influence support for violence against another ethnic group. The findings broadly clarify the ways in which well-known covariates affect support for ethnic violence and extend understanding of ethnic riots to the entire ethnic community, rather than just the participants.

The Foundation acknowledges that Konstantin Ash has successfully completed his project.