“Sources of Ethnic Tension in the Crimea: Instrumental vs. Primordial Approaches” 2002 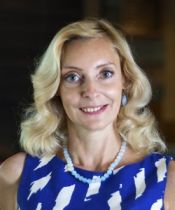 PROBLEM: There are two dominant approaches to the study of interethnic conflict: instrumentalism and primordialism. Instrumentalists suggest the dominant role of the elite’s manipulation of the cultural difference as a casual factor in interethnic conflict. Political science research has shown that ethnic mobilization can be increased, because it is fueled by the existence of vital interests, such as the economic problems of resources, and the collective recognition of fresh opportunities, for example the opportunity to create an autonomous republic following the collapse of a state. Primordialists suggest the ubiquity of ethnocentrism, and insist that ethnic similarity leads to interethnic conflict. This study can advance interdisciplinary research of the conditions of peace and the causes of conflict behavior and ethnic tensions.

Crimea in Ukraine, the ethnic minority groups (Russians and Crimean Tatars) are now in the process of adopting a new national identity. The current population of Crimea is nearly 2.5 million. Ethnic Russians comprise 64% of the population, 23% are Ukrainians, 10% are Crimean Tatars, and 3% are Belorussians, Armenians, Greeks, Germans, Jews, and others. The Crimea of the 1990s had substantial potential for ethnopolitical violence. Multiple “nested autonomies” conflicts arose from the resettlement of 250,000 Crimean Tatars who had been deported to Central Asia by Stalin in 1944, overlapping with the collapse of the Soviet Union that engendered irredentist autonomy claims by the Crimea’s majority ethnic group, the Russians. The resettlement also changed the ethnic balance of the population through the insertion of the ethnically distant group and resulted in land and property disputes and citizenship claims by new arrivals.

RESEARCH METHODS: 951 opinion surveys were administered between January and April of 2003 in different towns and villages in the Crimea. The sample was stratified by location, number of resettlements and rural-urban population split. The survey addressed topics such as salient identity, functions of each identity (self-esteem, social status, personal security, social security and personal growth) nationalism, ethnic stereotypes and ethnic distance, readiness for conflict behavior, attitudes towards political situations, attitudes towards Russia and Russian policy, and attitudes towards Turkey and Turkish policy.

RESULTS: Research shows the importance of systems of stereotypes and negative attitudes toward other groups as factors which influence identity formation. The research has confirmed that there are significant differences between Russians and Crimean Tatars-instrumentalist meaning of identity for Russians, proclivity to adopt any given identity is predicated on the powerful interaction of economic interest and social status interest, and the fundamentalist role of ethnic identity as a source of conflict among Crimean Tatars. Scholarly articles will be written for Ukrainian journals and International journals based on the research from this project.

The Foundation acknowledges that Karina Korestelina has successfully completed her project.