“How does Religious Conflict Shape the Views of Conflict and Peacemaking in the State of Punjab?” 2004 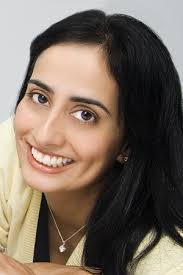 The Partition of 1947 is remembered as one of the most critical events of the 20th century for India, reshaping the entire country both politically and socially. One result of an independent India was the division of Punjab, forcing many in this northern state to remain in India or step over the border to Pakistan. The chaotic division of peoples and the subsequent eruption of violence which caused of hundreds of thousands of deaths, created a deep social scar that has still not healed for many. Punjab suffered some of the worst atrocities during this time. However, one city that remained untouched by the riots within Punjab was Malerkotla. Founded in 1657, Malerkotla was a former princely Muslim state during the colonial era, and it is located south of Ludhiana in the Punjab. A popular narrative shared by residents ofMalerkotla which speaks to this unique occurrence of “peace” details’the historical events that transpired between Sikhs and Muslims, setting the stage for peaceful coexistence. This project is grounded in major questions that have come out of the work by those in Conflict Analysis and Resolution as well as scholars from other fields interested in ethnic and religious peace and violence. The first challenge in researching the relationship between religion in peace or violence is how to “measure it,” that is, how do we know if religion is the cause or not, and if it is, how can we determine this? The main question of the project deals with this challenge, and asks what historical contexts, religious exchanges, beliefs, ingredients, mechanisms and values are the strands which help to form the distinctive patterns of violence or peaceful coexistence? This study was conducted in an ethnographic tradition by interviewing academics, religious leaders, politicians and local citizens who adhere to values and beliefs derived from Sikhism or Islam. Informal interviews and participant observation in temples and around mosques helped me to understand how people’s values and beliefs pertaining to peace and conflict are shaped by their religion.