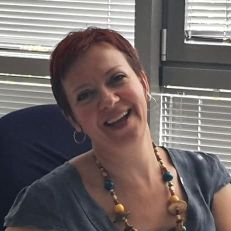 The research will investigate religiously motivated grass-root peace and reconciliation initiatives (both activities and actors) in Croatia, during and after the Homeland war (1991-2001) in the-then occupied counties of Vukovar-Srijem and Osijek-Baranja. During the Homeland War, the three religions (Catholic, Orthodox and Muslim) were mainly used to promote nationalist ethnic-based ideologies; however, at times religious conviction was also a resource for peacebuilding and reconciliation.

This project will research peace and reconciliation initiatives by Christians and Muslims in Eastern Croatia, that aimed at reconciling the three ethnic groups (Croatians, Serbians and Bosnians), focussing especially on Osijek-Baranja and Vukovar-Srijem counties, that were fully returned to Croatia in 1998, after the Erdut Peace Agreement was signed in 1995.
The sources for this project consist of institutional and private archival records that were not systematically analysed before as well as of oral data (in-depth interviews).

The goal of the project is to advance our understanding of the religion in service of promoting reconciliation. Namely, through the project we will disclose peace and reconciliation counter-narrative(s) that will complement the dominant (‘war-winner’ and ‘nation-builder’ ) narrative investigating both symbolic power and a capacity of religion to service promotion of reconciliation and interfaith tolerance.

Notes
1. This project is a part of the on-going Ph.D research under the supervision of the University of Utrecht, The Netherlands, with a title: Wartime Reconciliation Laboratory: Critical Assessment of Reconciliation Activities by Christians and Muslims in Eastern Croatia during and after the Homeland War (1991 - 2001).  Proposed research will focus on the key on-site research part of the Ph.D with a duration of twelve months.  The Ph.D research started in September, 2017.  During the time period between the autumn of 2017 and spring 2018, the outline was developed and accepted and the researcher took part at the five week Osijek Doctoral Colloquium programme in June-July.  In November, 2018, the researcher visited Utrecht and the supervisors: the visit was organised with a purpose to structure the research, study at the Utrecht library, meet the mentors, and do the preliminary literature review.  During 2019, the preliminary research of the Evangelical Theological Seminary (ETS) archive was done including three in-depth interviews with ETS, Agape Humanitarian Relief and Osijek Centre for Peace and Non-violence representatives.  The researcher was again part of the Osijek Doctoral Colloquium June-July 2019.  The second visit to Utrecht took place in  November, 2019 and an additional one is planned in 2020.

2. In 2000, Croatian Parliament adopted the "Declaration on the Homeland War", which compels "all officials and official organs of the Republic of Croatia to protect the fundamental values and dignity of the Homeland War."  Apart from this, since the 1970s, both the Roman Catholic 'Church of Croats', as well as the Serbian Orthodox Church, emphasized their nation-making role (See: V. Perica, "The Most Catholic Country in Europe? Church, State and Society in Contemporary Croatia" in Religion:, State & Society, Vol. 34, No. 4, December 2006, 312.

The Foundation acknowledges that Julijana Mladenovska-Tesija has successfully completed her project.