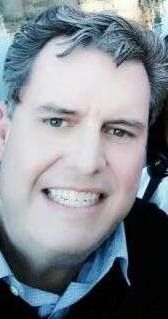 J. P. Linstroth is an Adjunct Professor at Barry University. He is the author of the book: Marching Against Gender Practice: Political Imaginings in the Basqueland (2015, Lexington Books). He obtained a D.Phil. (PhD) in Social and Cultural Anthropology from the University of Oxford with several awards for his research concentrating on the Spanish-Basques. Linstroth was a recipient of two travel grants from the Basque government to speak on issues of peace and conflict resolution in the Basque Country (2005 & 2006) and a signatory of the Brussels Declaration for Peace to end ETA violence (2010). He was a co-recipient of an Alexander von Humboldt Foundation Grant (2005-2007) to study immigrant populations in South Florida, Cubans, Haitians, with particular emphasis on Guatemalan-Mayan immigrants. Furthermore, he was awarded a J. William Fulbright Foreign Scholar Grant (2008-2009) to study urban Amerindians in Manaus, Brazil and to be a Visiting Professor with the Department of Anthropology at the Universidade Federal do Amazonas (UFAM). This past year (2017), he was awarded a Presidential Lifetime Achievement Award for National and Community Service. Linstroth is also a Honorary Research Fellow with the Universidad Complutense de Madrid (UCM) in Spain. His main academic research interests are: cognition, ethnonationalism, gender, genocide, history, immigrant advocacy, indigeneity, indigenous politics, indigenous rights, memory, minority rights, peace, peacebuilding, racism, social justice, and trauma. Linstroth is also an artist and poet. His first book of poetry was published in 2017, The Forgotten Shore (Poetic Matrix Press).