Creating Change from Within: Exploring the Role of Policing Actors in Building Post-Conflict Community Peace 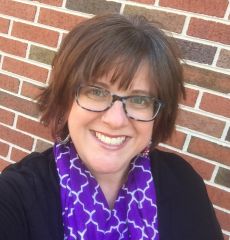 This research explores the role of police agencies as key stakeholders in implementing reform measures and creating community peace. American communities struggle to balance the weight of narratives of historical violence with the need to create conditions of trust between residents and policing actors. Of particular focus is the historical legacy of the role police played in supporting 19th c. American slavery, quelling of civil rights movements, and enforcing “tough on crime” policy in the late 20th century. The aim of this research is to identify potential strategies to to address historical harms and foster positive peace through American police reform measures. To do so, I will engage police officers in an international post-conflict context – Northern Ireland – and examine narratives of addressing historical conflict in their everyday professional practice. This research will also examine how police officers understand and manage narratives of distrust from the community.

Northern Ireland faced an intense period of violence during the latter 20th century (“The Troubles”), followed by over twenty years of post-conflict peacebuilding. Today, Northern Irish communities continue to reconcile tension originating with the arrival to Ireland by Protestant-British settlers in the 17th c., coupled with the narrative of historical oppression experienced by Catholic-Irish populations. One historic change following the 1998 Good Friday Agreement was the reform of the policing system and the emergence of the new Police Service of Northern Ireland (PSNI) in 2001. Since 2001, PSNI officers have gained first-hand experience working through police reform, while also being tested by their historical relationship with different sectarian communities in Northern Ireland. In fact, these are being again challenged by the recent BREXIT vote in the United Kingdom and the potential for a hardened border between the Republic of Ireland and Northern Ireland.

Dr. Jess Bonnan-White is a security studies scholar and is currently an Associate Professor of Criminal Justice at Stockton University (NJ). She teaches courses in homeland security, emergency management, immigration and border policy, criminological theory, and research methods. With domestic and international fieldwork experience, her scholarship focuses on crisis response in conflict areas and exploring structural barriers to humanitarian response, resiliency, and post-conflict community trust-building. She holds an BA in Archaeology from Washington University, St. Louis, an MA and PhD in Anthropology from Northern Illinois University and The University of Iowa, respectfully, and a postgraduate certificate in Conflict and Peace Studies from the University of North Carolina – Greensboro. Dr. Bonnan-White also volunteers her expertise in humanitarian training for humanitarian and non-profit educational organizations.

The Foundation acknowledges that Jess Bonnan-White has successfully completed her project.