The role of women in promoting peace: An exploratory study in two indigenous communities in Northern Luzon, Philippines, 1998-1999 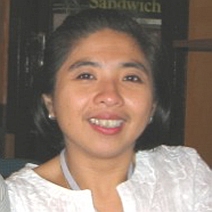 Abstract of the study
The term indigenous community is used as a collective label for the different ethno-linguistic groups living in the country. It carries with it the two concepts of ethnicity and territoriality, conceptions that are closely related to ethnic groups . The term indigenous communities is considered as the most politically correct term as opposed to value-laden descriptions like “minority groups,” “people of the mountains,” and “primitive groups”; or even the very general term “cultural communities.”

There are four elements that distinguish indigenous peoples from the rest of the national population, according to the United Nations Development Programme (UNDP). First is their special relationship with their ancestral lands; second is the conservation of their vernacular language, traditional social and economic institutions, cultural, and religious practices; third is their subsistence-oriented economies; and fourth, their self-identification as distinct group and the perception of others as such.

There is no accurate reporting with respect to the actual number of the indigenous ethnic communities in the Philippines. Many of the demographic surveys conducted can only give a rough estimate. This fact can be attributed to the relative geographical isolation and scattered settlements of many groups. It can also be due to the fact that the ethnic boundaries have become vague due to intermarriage and increasing migration (inter-group migration and migration to the lowland). Rough estimates declare that indigenous communities comprise 15%-16% of the total population of the Philippines.

The study focused on the women sector of two indigenous groups in the Philippines, and how they have contributed in peace building. When we speak of women, however, it is important to contextualize the discussion as regards gender relations and how they exercise power and influence in society. Different societies regard gender differently. There is no uniform expectation for men and women throughout the world. Cultural and ethnic background greatly influence the way in which “male” and “female” are regarded. Gender, in other words is a “cultural construct.”

Indigenous women doubly endure the burden of being a minority within a minority. Not only are they neglected as part of a minority group. Moreover, they are also an invisible voice which are often unheard in important events.

This study is an initial investigation on two concepts considered by the author as having equal importance: peace building and women empowerment. It is the intention of the paper to unsheathe ideas and concepts that can be subjected to a more in-depth and comprehensive research in the future. The women’s group/s in each community communities were examined, but not compared. Rather, the study looked into the role of women in promoting peace and/or managing situations of conflict in each community.