Securitisation of Ethnic Communities in Conflict Environments and its Implications for Peace-Building: The Case of Cyprus 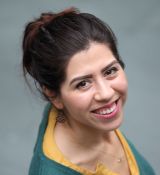 In Cyprus, politics and peace are an inescapable part of our daily lives and conversations. Unfortunately however, the failure to find a comprehensive settlement to the protracted conflict on the island has created peace fatigue among many Cypriots. In recognition of this and with a stubborn -and maybe naïve- passion about contributing to peace, I became involved in reconciliation efforts on the island when I was only 12 years old and have been working with bi-communal projects supported by various donors (e.g.EU, UNDP, USAID, Anna Lindh Foundation) since 2006.

Cyprus is my case study not only because I am a Cypriot, but because in Cyprus you have no choice but to grow up with an identity dilemma; I was a Cypriot who spoke Turkish so technically I was Turkish Cypriot. As a child, I always debated how Turkish and how Cypriot I was. Then, as an adult I noticed my ambivalent feelings towards people from mainland Turkey, as the pervasive presence of Turkey on the island turned the Turkish settlers/migrants into scapegoats for Cypriots seeking a different future. Thus, the concepts of ontological security and identity are not only interesting for me at a personal and theoretical level but also very significant for understanding the complexities of the myriad actors involved in the protracted conflict that I grew up with.

The Cyprus Problem, which can be traced back to 1950s, has attracted the attention of myriad international organisations and donors over the years. Although the literature on Turkish-Cypriot and Greek-Cypriot identities and contemporary Cypriot politics is very rich (K?z?lyürek, 2002; Bryant, 2004; Diez and Tocci, 2009), the literature on the Turkish settlers/migrants (Akcali, 2007; Hatay, 2008; Loizides, 2011) and how they influence and are influenced by the conflict has remained considerably shallow, rarely going beyond a debate about their numbers. Despite that the issue of Turkish settlers/migrants and demographics has been a big part of the peace negotiations, consistently coming up as a red herring in discussions about governance, security, identity and citizenship, and their growing number is perceived as an existential threat to the distinct Cypriot identity; the conflict resolution literature has predominantly focused on reconciliation between Turkish-Cypriot and Greek-Cypriots and failed to include the Turkish settlers/migrants in their analysis.

This research project looks at how Turkish settlers/migrants influence the identity and security dynamics of Cypriots and their perceived role within the conflict, with the aim of informing peace-building efforts and policy making. Turkish settlers/migrants are chosen as the focus of the study because they are politically charged and are perceived to be “different” than other migrants in Cyprus due to their ties to Turkey and Turkey’s role in the conflict.

The research is part of a larger PhD thesis that focuses on ‘Securitisation of Ethnic Communities in Conflict Environments and its Implications on Peace-building Efforts’, using Cyprus as the case study. While the Cyprus problem represents a significant challenge for EU governance across a diverse range of issues and for achieving stability in the eastern Mediterranean (Christou, 2010; 2012); the prolongation of the conflict presents myriad human rights violations for the communities of Cyprus. The project theoretical framework is based on securitisation (namely, so called Copenhagen and Paris Schools of Security) and ontological security; while the research methodology includes quantitative (island-wide opinion polls) and qualitative (focus groups) fieldwork in Cyprus.

1. What can securitisation theory learn from the ontological security literature to explore the limits and prospects of desecuritisation for producing transformative effects towards reconciliation?

2. What are the complementarities between the Copenhagen School and the Paris School that can help our understanding and analysis of institutionalised securitisations and help the conceptual travel of the theory to cases outside of western democracies?

Pillar 3: Migrant Community and Their Shoes
Method: 3 Focus groups in 3 big cities including the capital Nicosia
Sample: 6-13 people in each focus group, 27 participants in total

The Foundation acknowledges that Ilke Dagli has successfully completed her project.