Regional conflict management in Africa: A study of the Intergovernmental Authority on Development (IGAD) peace mediation in South Sudan 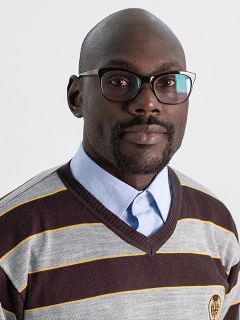 The armed conflict in South Sudan broke out in 2013 triggering one of the worst humanitarian crises of recent days (OCHA, 16 July 2018; ICG, 29 April 2017). Following this deadly conflict, South Sudan has become a focus of conflict management efforts spearheaded by Intergovernmental Authority on Development (IGAD) through a complex peace mediation process. On the one hand, the IGAD process comes across as an African solution to a putative African problem.’ On the other, it is seen as a space for geopolitical power contestations and a site for liberal peacebuilding that has lately been accused of contextual insensitivity (Fisher, 2018: 293; Wallis & Richmond, 2017: 423-8; Nadarajah & Rampton, 2015: 49-55). As such, it represents an interesting case through which multiplicity of actors and mediator competition in relation to peace and power within the framework of regional conflict management in Africa can be problematized at this time when critical peace research is featuring a soaring critique of liberal peace approaches that have been at the core of peace scholarship and practice for over two decades (Wallis & Richmond, 2017: 428; Nadarajah & Rampton, 2015: 49; Richmond & MacGinty, 2015; Richmond, 2011). The said critique has equally created a problematic international-local binary in current peace scholarship and practice arguably contributing to sustaining asymmetric relations between conceptions and approaches to peacemaking in the Global North and the South.

Arguably, hybrid peace theory, which is one of the outcomes of the critique of liberal peace, has not been employed in empirically-grounded analyses of regional conflict management (Fisher, 2018: 294). This is despite the fact that regional bodies are playing increasingly important role in conflict management, particularly in Africa (Tlalka, 2016; Hettne, 2016; Bach, 2016: 87-113) a conceptual gap within which this study is situated. Drawing out on critical academic work in peace and conflict studies (Wallis & Richmond, 2017; Chandler, 2017; Richmond & Mac Ginty, 2015) I, through this study, seek to problematize peace and power within complex regional political dynamics with the aim of generating empirically supported knowledge on the actual dynamics that characterize regional conflict management. Furthermore, while the ‘local turn’ in peace scholarship (Richmond & Mac Ginty, 2015; Richmond, 2011) has seen peace and conflict studies increasingly gain richness through ethnographically-inspired fieldwork, there is a concentration on the agential aspects of peace which tends to overlook the important structural issues as well as ways in which different types of power interact with and shape peace processes and outcomes. As such this study seeks to employ a form of Discourse Analysis (DA) to problematize the notion of power in regional peacemaking. The aim is to find out how regional political dynamics and power contestations influence and/or determine IGAD peace mediation in South Sudan and at what cost and implication for peace process and outcomes. In so doing, the study contributes to an emerging sub-field of power and post-liberal peace debates hence enhancing theory, on one hand, and providing new knowledge on the actual dynamics of making peace through a regional body in an African country.

Situated within interpretivist epistemology (Snape & Spencer, 2003: 16-7; Gaventa & Cornwall, 2001: 72-3) and being informed by the literature on hybrid peace theory, the study methodologically employs Fairclough’s (2013: 9-15) Critical Discourse Analysis (CDA) to analyse IGAD’s conception and approaches to peace mediation in South Sudan. The study seeks to (re)assess concepts, practices and implications of regional conflict management through an analysis of the discourse of power as expressed through language including diverse expressions and narratives by key actors involved in the process. Conceiving peacemaking as operating within history and politics (Curtis, 2012: 3), the study uses CDA to robustly place critical peace discourse within spheres of power at the regional level with a view of conflict management crucially as discourse helping to understand how and why peacemaking is ‘expressive’, or is ‘a way to stand for and promote certain (political) ideals (Heathershaw, 2008: 602-603). As such, the study appraises discourse on peace by various actors drawn from local and international spheres under the auspices of IGAD-Plus generating empirically-supported knowledge that is expected to further theory and provide insights to the practice of peacemaking in South Sudan and beyond. Such insights include, but not limited to, identifying and documenting lessons related to the processes, achievements, challenges, prospects and opportunities for regional conflict management. They equally include identifying possibilities and strategies for nodal points linking top-down and bottom-up approaches to peace at regional level and how such convergences may provide a basis for hybrid and pragmatic solutions to the challenges of peacemaking.

By placing power at the centre of an interpretivist approach to critical peace research, the study enhances the understanding of power and hybrid peace theory of post-liberal peace paradigm. The study’s theoretical input lies on its application of hybrid peace theory and CDA in the analysis of regional conflict management which contributes to contesting the binary between liberal-international and local peacebuilding conceptions and approaches. By using an African regional body and an African country, the study presents an innovative lens through which to examine Africa’s approaches to regional conflict management and its place in the international discourse on peacemaking. Empirical data from the case of IGAD peace mediation in South Sudan is expected to generate new knowledge that will further theorization as well as contribute to the practice of conflict management in East Africa, Africa and beyond.

The Foundation acknowledges that Ibrahim Sakawa Magara has successfully completed his project.