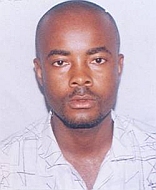 BACKGROUND:  In a post-conflict dispensation, the media can define the political atmosphere where peace consolidation takes place and may influence the behaviours of stakeholders of a conflict. The media can also buttress or weaken the process of peace consolidation (Sanjana 2002). In context of a fragile state like Sierra Leone, the existence of an effective media landscape can contribute to the management of factors that gave rise to the past brutal civil war in order to prevent another outbreak. These visible factors are poverty, youth unemployment, regionalism, ethnicity, marginalisation and mismanagement of resources.

In the last five years what Sierra Leone has witnessed is a proliferation of mass media institutions that has made it possible to link grassroots communities and governance. Yet, even with these useful media endeavours they still operate under repressive seditious libel laws which criminalised publications that are unfriendly to government. As a result media practitioners are prosecuted and sentenced for publishing information against government or any of its officials. Hence, tensions abound between the media and the state on the repeal of such laws.

Also, in a bid to propagate partisan objectives, political parties have established radio and press houses. Even though this development is conterminous with the exercise of fundamental right of free expression the impact of such development has been a divisive one. The media landscape continues to be utilized by ardent supporter of political parities, to undertake dangerous campaigns, ethnic and regional incitements, fermenting several confrontations among supporters of the political divide across the country.

Moreover, continuous protestations by opposition parties to operate their media outlet (after being banned) has received resistance by the ruling party which have unlimited access to state-run media. However, with a government controlled media, the effective participation of other political parties in the media is at risk and this is inimical to peace consolidation.

Thus, the existing complexities of the media landscape brings to light many important issues such as: has the media been useful in the process of consolidating peace in Sierra Leone? Does the current State of the media positively contribute towards peace consolidation or does it hinder development in that regard? How can current media interest be reconciled with the interest of peace consolidation? Also, it is important to examine ways of enhancing an effective media landscape in Sierra Leone under the current circumstance.

OUTPUT:  Research team will limit the analysis of this study to about forty pages. This research will thereby produce two pronged analysis: achieving a free media and the protection of free speech in peace consolidation era, and enhancing the role the media can play towards attaining successful peace consolidation in Sierra Leone. This research exercise will produce a more comprehensive product that suites both academic and non-academic users.

IMPACT OF RESEARCH:  This research will create an eye opener to policy practitioners on media issues that may affect successful peace consolidation in Sierra Leone. It will further drive intervention into vitals media areas that will further strengthen the peace which Sierra Lone has achieved. Various facets of the society become aware about what needs to be done in curbing potential issues in the media landscape that may undermine the relative peace Sierra Leone now enjoys.

METHODOLOGY:  This research will be carried out through desk based work by sourcing relevant material via online libraries, journals and lectures on the media in peace building. It will also include field research through administering questioners targeting media practitioners, academics, peace building institutions, human rights bodies, lawyers, judges, human rights practitioners and students across universities in Sierra Leone

Focus group discussion will also be held attracting academics and policy practitioners on topics relating to the right to free media and free expression and the role of these institutions can play in peace consolidation efforts. Issues raised in such sessions will form part of the analysis. It will also include administering questionnaire, nationwide consultation with stakeholders in the media and in local and national governance.

RESEARCH TEAM:  A research team of four has been created. This team is headed by the Director of the Center for Human Rights.

Ibrahim Badamasi Kamara is the Director of the Center for Human Rights. He graduated in 2005 with Bachelor Laws Honors (LLB Hons) from Fourah Bay College, the University of Sierra Leone. In 2007 he won an Open Society Justice Initiative Fellowship and graduated in 2008 with a Masters of Laws in Human Rights Law from Central European University. He has worked with UN backed Special Court for Sierra Leone where he undertook many research projects on human rights and Fair trial right of accused persons. In 2007 he was appointed Legal and Research officer at the Lawyers Center for Legal Assistance He has also participated in many international conferences and delivered research papers on issues boarding human rights and transitional justice.

Nancy Koroma: Graduated with a Bachelor of Science (Bsc) in Peace and Conflict Studies from Fourah Bay College, University of Sierra Leone in 2008. She work with the Sierra Leone Court Monitoring Group between 2004 and 2006 as Research Officer, and with the Truth and Reconciliation Commission in 2007 as Research officer. She is currently the Deputy Director of the Center for Human Rights. She has led many of CFHR’s Research Consultancies on women rights, gender based violence and peace building.

Patrick George: Graduated with a Bachelor of Arts from Fourah Bay College, University of Sierra Leone in 2000. He owns a Bachelor of Laws Honors degree in 2004. In 2007 he graduated with a Master of Laws (LLM) from Pretoria University. He also owns an MPhill. He is currently a lecturer at Fourah Bay College, University of Sierra Leone. He has worked with the Center for Human Rights on Research project on human rights, rule of law and good governance.

Abdul Kposowa: Holds a Bachelor Degree with Honors from Fourah Bay College, University of Sierra Leone. Before graduating as one of the first crop of Mass Communication graduate, he pursued a certificate in Journalism and a Diploma in Mass Communication in 1994 and 1998 academic years respectively. He has worked with several newspapers and publishing houses in Sierra Leone including the “Liberty Voice”, The Chronicle, Unity Now and the Standard Times.

In addition, two interns from the Peace and Conflict Studies Department and the Department of Mass Communication will be involved in collection of information and other duties assigned by research team.

DISSEMINATION:  This research product will largely be available in electronic form and distributed to the media, civil society organizations, ministries and departments of government, UN agencies, foreign embassies and consulates, International Non-Governmental Organizations, and political parties, and online forum such as the freedom of information coalition. Dissemination will commence on the 1of August, 2010. The Center for Human Rights will be the primary organization that is responsible for the dissemination of this research.

FOLLOW-UPS:  Research team will debate the issues in the research on the freedom of information coalition internet forum which has about 400 members drawn from all works of life. Teams will further engage on the report through this medium.

After Sierra Leone has achieved peace in 2001, it is important to also contribute towards its sustenance. There are many initiatives going on in the area of peace building and these needs to be strengthened. One of the ways to achieved this is to investigate the current trend and developments including successes and challenges relating to the consolidation of peace. By investigating these issues individuals and stakeholders can be well attuned with current development. Such investigative work will contribute to build on what ensues by driving precautionary interventions of stakeholders involved.

It is a big challenge for Sierra Leone to address many of the causes of its past civil war which are still in existence and because the media freedom and free expression is important agency in minimising these treats, it is of extreme value to come out with possibly research solution that proffers ways in which the current media landscape in Sierra Leone can be maximised and attuned to complements efforts to achieved a durable peace.

Interdisciplinary peace research plays in important role not only for academic use but also towards informing on early warning signals. To this end, Sierra Leone being a fragile state can benefit from research findings that informs on whether or not efforts of peace consolidation are working, and how we as a nation can maximise the media landscape towards achieving better and more realistic result in our peace efforts.

This research relates to the goal and vision of the International Peace Research Association which is to promote interdisciplinary research since this project will analyse the relationship between two interrelated fields of study and how they affect each other, specifically the media and peace building and vice versa. Through this research, the team provides a comprehensive analysis of possible threat of the media landscape to the peace in Sierra Leone, and thus provide recommendations to mitigate these threats. By circulating our research finding to stakeholders concerned this research plays a role in the revisiting media issues that may affect the peace.

Research team hopes to used this research to engage policy makers and many stakeholders in taking actions towards mitigating the treats of media landscape that will further prepare us as a nation entering another challenging moment of general elections in 2010, against the backdrop that periods of electioneering are critical moments in Sierra Leone, more so as we are building on our hard won peace.

The Foundation acknowledges that Ibrahim Badamasi Kamara has successfully completed his project.