President of the Board of Directors 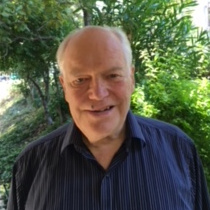 Ian Murray Harris was born in New York city in 1943. His mother was from Indianapolis, His father was a retired British diplomat who had spent the majority of his life in the Middle East. As the son of a diplomat Ian Harris was surrounded by worldly discussions about politics, international affairs, economics, and culture. Being raised on a small farm gave him a great appreciation of nature. Henry David Thoreau, whom he read in high school was his hero.

During his undergraduate years at St. John’s in Annapolis (1961 to 1967) where he studied the Great Books of the Western World, Dr. Harris was most influenced by Plato and Rousseau and began to formulate the notion that he could be a Socratic teacher. He also was influenced by the anti-war movement that was amassing hundreds of thousand demonstrators in the nation’s capital 70 miles away from Annapolis. In order to avoid the draft, Ian moved to Philadelphia to enroll at Temple University in an intern-teaching program to become a math and science teacher.

His first formal teaching assignment was in the suburban community at a Junior high school in Ambler PA where he taught math. After two years he moved to West Philadelphia and taught science from 1969 to 1974 at John Bartram High School, a large urban high school in southwest Philadelphia on split shift with 4000 multiracial students. The cross-cultural experiences that he had at John Bartram enriched his life incredibly.

In 1971 that school opened an annex in West Philadelphia, the John Bartram High School for Human Services. Dr. Harris was the science teacher at this small alternative school where he taught biology, chemistry, and physics, and a class called “Science for Survival” based upon (green) ecological principles. This was his first peace education class.

The whole school and other schools in the Philadelphia school district were experimenting with a new “Affective” approach to education that tried to help young people’s social development. Inner city children exposed to severe violence had a hard time focusing on their school work because of chaotic distractions in their lives. They were suffering from post-traumatic stress disorders that made it hard for them to be successful students. Exercises that Harris learned while teaching at this school became the backbone of his peace education pedagogy that he used to help students grapple with the horrors of violence.

Dr. Harris lived in the racially mixed community in Philadelphia that surrounded the high school and would often tutor his students in their homes. This was the seventies and he remained active in anti Vietnam War activities through an organization named Resistance that had a staff of 13 in 1968. He lived communally in West Philadelphia and developed a partnership with a strong feminist. They had a daughter, Jessie Washburne-Harris, in 1973.

In 1975 Dr. Harris finished his graduate studies in Foundations of Education at Temple University and moved to Milwaukee, Wisconsin to become a professor of community education in a program designed to build ties between the University of Wisconsin and the inner city community of Milwaukee. That same year he and the mother of his daughter broke up. In 1976 Harris met his wife, Sara Spence, who had recently divorced and had a son, Paul Spellman, who became Harris’s son in law when Ian and Sara married in 1971. Sara was active in a coalition promoting inner city education and has been a strong and inspired source for Ian’s desire to practice nonviolence.

In 1978 Dr. Harris taught his first class in Male Identity that was in part a response to issues of male violence raised by the women’s movement. In 1983, after he earned tenure, Dr. Harris taught his first peace education class. In 1985, Ian became a Quaker to strengthen his spiritual life and support his interest in promoting peace. His book, Peace Education, has gone through three editions with the partnership of Mary Lee Morrison. During his career he wrote or co-authored eight books on topics related to community development, peace education, and men’s studies.

In 1989 the Department of Community Education merged with a Department of Cultural Foundations to form the Department of Educational Policy and Community Studies. Ian became the chair of this department and served in that capacity for eight years. Under his leadership the department hired five new faculty, shored up the academic components of its undergraduate curriculum in community education, expanded its graduate offerings, and developed a Ph.D. in sociology of education. He retired in 2007 after 40 years of teaching.

Dr. Harris led a life of service at local and international levels. In 1985 he helped found the Wisconsin Institute for Peace and Conflict Studies. In 1988 he helped found the Peace Education Special Interest group of the American Educational Research Association. He served as convener of the Peace Education Commission (PEC) of the International Peace Research Association from 1998-2003. Under his leadership PEC developed the Journal of Peace Education (Taylor & Francis). From 2003 to 2008, the year he retired from UWM, Dr. Harris was president of the International Peace Research Association Foundation. He was primarily responsible for initiating the prestigious Peace Research Grant Program of the IPRA Foundation and served as Grant Administrator for five years. He resigned his post on the board in 2018 after many years of highly respected academic proposal reviewing.

Dr. Harris was a leading researcher and innovator in the field of peace education.
He is responsible for seven books:

Books, Not Bombs: Teaching Peace since the Dawn of the Republic (with Charles Howlett (Charlotte, NC Information Age Publishing, 2010.

In 2010 he and Sara moved to Walnut Creek, California outside Berkeley/Oakland across the Bay from San Francisco. His grandchildren live in Brooklyn, NY and Portland Oregon.