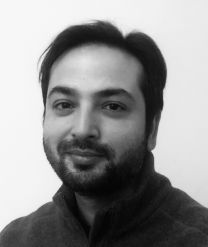 My research broadly aims to analyse the interface between ‘land reforms’ and ‘political Islam’ using the case of the redistribution land reform in the disputed state of Jammu and Kashmir between 1950s and 1970s. Specifically, it will seek to look into how the (social) movements linked to political Islam, Jamaat-e-Islami in this case, influence, or (re)shape, the outcomes of land redistribution policies as well as agrarian politics. Previous studies on the political conflict in Kashmir have ignored the fall out of the agrarian reforms on Kashmir’s social and political landscape, and mostly viewed the ongoing territorial conflict through the lenses of regional geopolitical, ethno-nationalism, Islamic radicalism etc. The study aims to provide insights on how land reforms can unleash movements that challenge state power by decreasing the peasantry’s dependency on the state and its institutions.

I am a Ph.D. researcher at the International Institute of Social Studies (ISS) of Erasmus University Rotterdam based in the Hague, Netherlands. I have a master’s degree in Violence, Conflict and Development (VCD) from School of Oriental and African Studies (SOAS), University of London, for which I was awarded SOAS Culture of Resistance Scholarship. Prior to this master’s degree, I had an MA in Mass Communication and Journalism and a Bachelor of Sciences (BSc) from University of Kashmir. I have been a journalist for past 10 years currently working as a contributing writer for Johannesburg based New Frame media publication. Previously, I have worked with India’s top news organisation based in New Delhi including the Press Trust of India (PTI), Asian Age/Deccan Chronicle and the Mint, where my reportage focused on national politics, environment, minority rights, social development and security.

The Foundation acknowledges that Haris Amin Zargar has successfully completed his project.